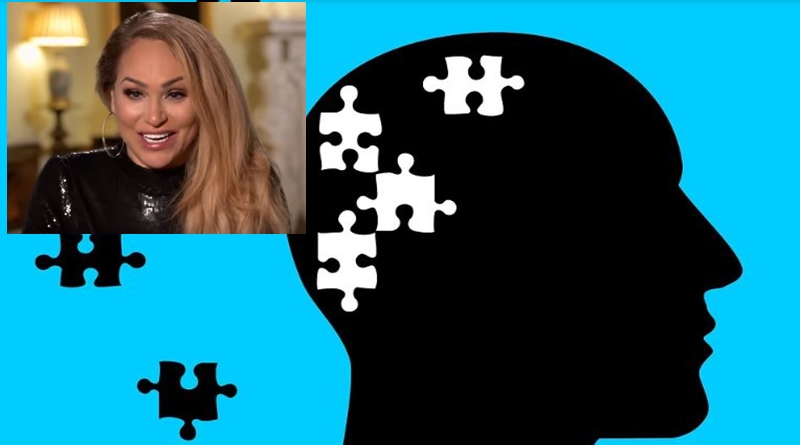 90 Day Fiance fans heard that Darcey found a new guy. First, she posted up on Instagram about her “Viking.” People think his name’s Michael. And, he apparently goes by the name of fitness_journey1912 on IG. Speculation arose that he’s the one Tom’s sister suggested sent her a cheating video back when Darcey dated Tom. Whatever, it looks like an on and off affair these days. And, fans of the TLC show now wonder about his mental health.

TV Shows Ace reported that some people suspected the new man in Darcey’s life is somewhat of a “dodgy character.” The @fraudedbytlc Instagram account noted that soon after Darcey shared the news about her new love. They suggested that Michael’s “the guy who I posted about on my page the other day…he…sent me naked videos of her cause he was mad at her and wanted me to revenge p0rn them 🤷🏻‍♀️. Stand up guy.”

Then, Cheatsheet weighed in on the new man in the life of the returning 90 Day Fiance star. They reminded us that we saw Darcey speak about Tom in the Tell-All. He annoyed her as he wouldn’t make time for her. In fact, he resented her constant need to chat even when he was busy with his business. It all broke up and she went off in search of a new love affair. But who she found makes fans worry about his mental health.

And the plot thickens. Darcey posted this tonight. That guy is the same one who ranted to me other night claiming he lied about never having been with her. That he had and now was done and sent me revenge porn videos of her. He then sent me a manifesto after that recanting his story YET AGAIN (as if he didn’t already have credibility issues). Then this happens. So, same guy she sent money to. Etc etc. I will be breaking down the entire saga on this weeks episode, including his most recent manifesto where he claims again to have never met her. #90dayfiance #90daytheotherway #theotherway #90dayfiancebeforethe90days #90daysbeforethe90days #beforethe90days #90dayfiancehappilyeverafter #90dayfiancepillowtalk #podcast #podcasts #90dayfiancepodcast #realitytvpodcast #trashtvpodcast #thefraudcast #darceysilva

90 Day Fiance blogger John Yates ferreted around and came up with totally opposite messages from @fitness_journey1912. He shared them on his Instagram. His caption read, “If the cast is trying to drive me crazy then congrats I’m almost there – Darcey’s new/ex boyfriend in one post says they are still together and Merry Christmas, then deletes it and tells her to go f herself. 🤷‍♂️.” He also shared the post on Twitter, and you can read that further down in this article.

Fans on John’s page started talking about the latest post on his Instagram. They certainly seem to agree that the new man in the life of our desperate 90 Day Fiance star is a bit odd.  Many fans think Darcey’s desperation for a man’s odd. And, some of them worry about her drinking too much. But, with this guy, the kind of conflicting stories emerging makes then really think he’s got mental health issues.

If the cast is trying to drive me crazy then congrats I’m almost there – Darcey’s new/ex boyfriend in one post says they are still together and Merry Christmas, then deletes it and tells her to go f herself. 🤷‍♂️ #MerryChristmas #90DayFiance #90DayFianceBeforeThe90Days pic.twitter.com/yHtlYVqHuC

Many fans spoke up on Instagram, wondering what goes on with this guy. One of them said, “Is he *rsing her? What in the ever loving hell is going on here?” Another noted, “This ‘ex’ guy has issues- like bipolar or something! Not to mention we need an English translator to translate his ‘english’ 🙄.”

Then another person chipped in with, “It’s everytime the same…He posts something positive and after few minutes he deletes it just to post something negative…I think its his sick games..he try to get attention with the positive Post just to talk sh*t about darcy… He needs really help, Asap!!”

What do you think about this strange on-off new man in Darcey’s life? Do you think fans are right to think he might have mental health issues? Sound off your thoughts in the comments below.

‘Bringing Up Bates’ Preview: The Family Is In For A Huge Shock
‘Days Of Our Lives’ Week Of June 14 Spoilers: EJ Pleads His Case – Jake Caters To Kate
Viewers Are Here For ‘Thicc B*tch’ Corey Of ‘Too Large’
Trent Johnston Explains Why He’s Tough On His Kids
The Winder Family Shares ‘Seeking Sister Wife’ Season 4 Update