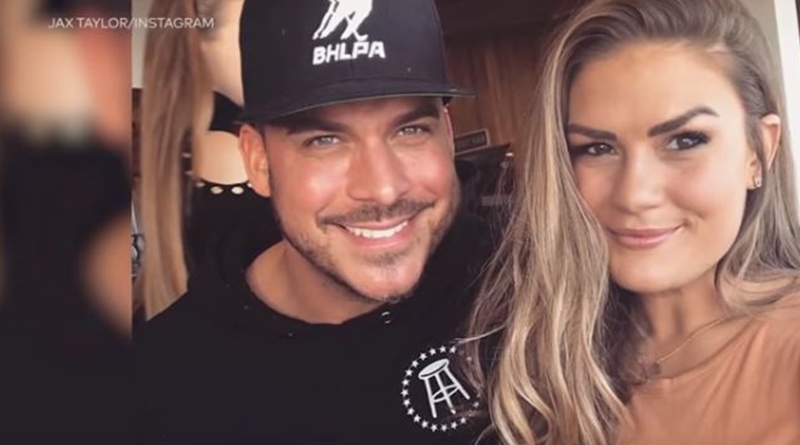 VPR’ star Jax Taylor made Christmas for some fans in need of Christmas trees this year. Many fans hoped people wouldn’t scam the generous Bravo star. But, his touching story revealed a nice side to his nature. We heard he’s in Kentucky where they celebrate Christmas with Brittany’s family, But now, Jax just revealed an unwelcome and uncomfortable Christmas surprise.

VPR – Jax Taylor’s Christmas not going as he hoped

TV Shows Ace reported back in early December, that the Bravo star planned a very good Christmas for those in need. He took to Instagram and invited people in need to contact him if they genuinely couldn’t afford a Christmas tree. Many fans loved his generosity, describing it as the “real spirit of Christmas.” But, others feared he’d get scammed. And, sadly, he soon popped up again, saying that’s exactly what people did. So, it seems that plan didn’t work as he hoped.

Then, we heard that he and Brittany went off to Kentucky for a family Christmas celebration. Bravo TV reported, “Jax Taylor and Brittany Cartwright have touched down in Kentucky for the holidays. The [VPR] couple is celebrating Christmas with their family in Brittany’s hometown — and it looks like Jax is getting a fun glimpse into his wife’s teen years during the trip.” That sounds like loads of fun. And, Jax shared about getting out with his nephews. They went trampolining, but that never worked out too well either.

Jax gets an unwelcome and unwanted Christmas surprise

Jax took to Twitter to share about a fun day out in Kentucky. He posted a video of his nephews bouncing around. The Vanderpump Rules star captioned it with, “I miss this energy… where did it go?” But, he also noted in another tweet, “Spent 5 mins jumping at play zone with my nephews and now i hurt all over.” Oh wow, and we know one thing Jax does, is always keep fit.

Spent 5 mins jumping at play zone with my nephews and now i hurt all over… #theholidays pic.twitter.com/89qSdjjLNt

But, later, we found out why he probably didn’t feel too good playing with his nephews. He posted up a sick face emoji. Then, he noted, “I have the flu.” Well, the VPR star at least can draw some comfort that he’s not alone with that bad Christmas news. Many fans responded, saying they know exactly how he feels. One fan said, “I feel you on that. Been sick since Sat. Feel better and Merry Christmas!”

Concerned fans felt really bad for Jax and his other flu-struck followers. One person dished some good advice, saying, “I work in the healthcare industry, was vaccinated and still got it. Unfortunately nothing but rest, more rest & Tamiflu helps. Feel better & tell Brittany to go ahead & start taking the Tamiflu too.”

Another VPR fan commented, “Oh no!! Praying for a speedy recovery for you!” And, yes, another one spoke about bad luck during the festive season. They said to Jax, “Oh no!! That’s a terrible Christmas gift!!”

What do you think about Jax Taylor being so generous this season, and then getting an unwelcome and unwanted Christmas surprise? What about you? Are you suffering through the flu this holiday? How do you cope with your symptoms?  Sound off your thoughts in the comments below.

Remember to check back with TV Shows Ace often for more new about the cast of Bravo’s VPR.