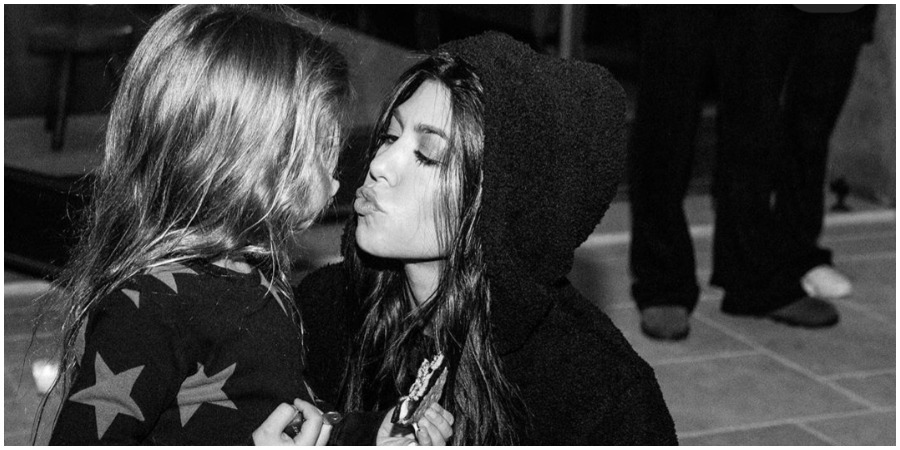 No one’s relationships are more scrutinized than the Kardashians. Kourtney Kardashian seems happy to spend time with her ex Younes Bendjima. He was the first long-term relationship she had after almost a decade with Scott Disick.

The two met in Paris three years ago and split up last year according to People. They met the night before Kim’s Paris break in ordeal and he acted as a translator during the aftermath. A source said of the couple in the beginning, “Younes is young, but very responsible. He doesn’t really party. He’s very sweet to Kourtney.” The reality star took her kids to Disney World to celebrate their birthdays with Younes.

Could Reconciliation Be In Kourtney Kardashian’s Future?

A source weighed in on Kourtney Kardashian’s thoughts about it. They said, “in the past, Kourtney was very happy dating Younes and she feels the same now. They took a long break because Kourtney felt that she couldn’t trust him. He is trying to convince her that she can.”

The source said Younes was great with Kourtney’s kids. People think that would be a good reason for her to give him another chance. Her kids are her world. Dating as a single mom is daunting but friends knew she was serious when she introduced him to her kids.

Kourtney Kardashian and Younes haven’t confirmed one way or another according to People. They were spotted a couple of weeks ago out at a Miami nightclub. A source said they slipped out the back door together. They said they were in a corner and didn’t want people taking pictures of them.

The Reality Star Wants To Spend More Time As A Mom

 Fans want to see Kourtney happy after she ended her relationship with Scott Disick. Disick has very publicly moved on and his current girlfriend even appeared on KUWTK with him. There doesn’t seem to be any bad blood as they’re both dedicated to raising their children together.

Kourtney Kardashian has become tired of living her life in front of an audience. Spending more time being a mother has become more important to Kourtney than being on a reality show. Kourtney expressed her opinion on the matter in a recent episode. She said, “what I’m saying is I’m getting to the point where I’m not happy. Everyone has their breaking point. Life is short. It’s not all about filming this show.”