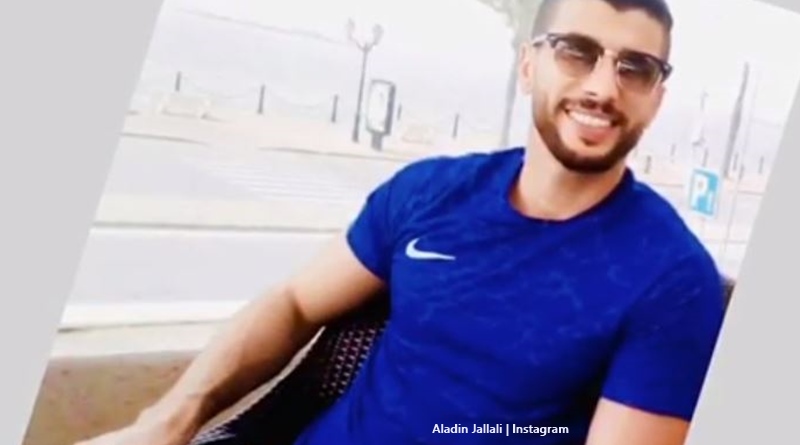 90 Day Fiance fans met Aladin Jallali when he dated and married Laura. Since they divorced, he has plenty of admiring fans on his Instagram. Careful to nurture them, he posts about his business and day-to-day life in Tunisia. This week, he sent out a nice Christmas greeting to his fans. But, we heard on the show that he’s a Muslim. So, is that okay in his culture?

Taking to his Instagram, Aladin shared a very nice greeting. The vid/slide show said, “Merry Christmas.” Then it moved onto a Chrismassy “Happy Holidays” caption, before swinging to a clip of Santa. Next, we saw a Christmas tree, some decorations, a nice fire in the grate, and some presents. That suggested, “Gather family and friends for a feast and fun.” it ended with, “Merry Christmas to all, and a good night.”

Most fans appreciated his greeting. Actually, TV Shows Ace reported that he’s extremely popular – mostly with female fans. And, one fan said, “This is very nice of you! With good people, all religions can get along. God bless you and your family.” And, that’s a good observation. But, we decided to check out if that’s culturally okay for the 90 Day Fiance star to wish people a “Merry Christmas.” Reality TV World reminds us that Aladin belongs to the Muslim faith.

Recall that while Aladin worked in Qatar, he’s actually Tunisian. On one of his recent IG posts said he’s there in his home country. Interestingly, Tunisia comes with both Christian and Muslim people. Express UK did some research into it. They noted, “the North African nation does get into the spirit of Christmas.” And, they also wrote, “flower sellers sell trees, retailers sell Christmas decorations and you can find a unique gift.” Some churches do mass for the occasion. However, it’s not an “official” celebration.

Meanwhile, an interesting comment came via an article about Muslim people celebrating Christmas in the USA these days. 90 Day Fiance fans might be surprised to know that not all Imams are totally against the holiday that’s all about peace and family. QZ.com noted that Muslims do not disbelieve Jesus existed. They believe he’s a prophet. So, they don’t believe he is the reincarnation of anything divine. Muslims don’t feel a person can claim to be a divinity – not even Muhammad. And these days, the Christmas celebration gets “openly” discussed, often on campuses.

The website also cited Imam Abdullah Antepli. He said that personally for him, “As long as people do not take Christmas as a religious ritual, as long as they are not subscribing to the Trinitarian Christian theology, what’s wrong with it?” And that is great news. After all, way too many festivals are exclusive these days.

Our 90 Day Fiance star, Aladin Jallali just demonstrated how festive season greetings across the world bring people closer together, rather than bring division. What do you think about that? Do you celebrate Christmas as a time of peace and family? Or do you celebrate it as the birthday of Christ, a divinity? Does it really matter which? Sound off your thoughts in the comments below.