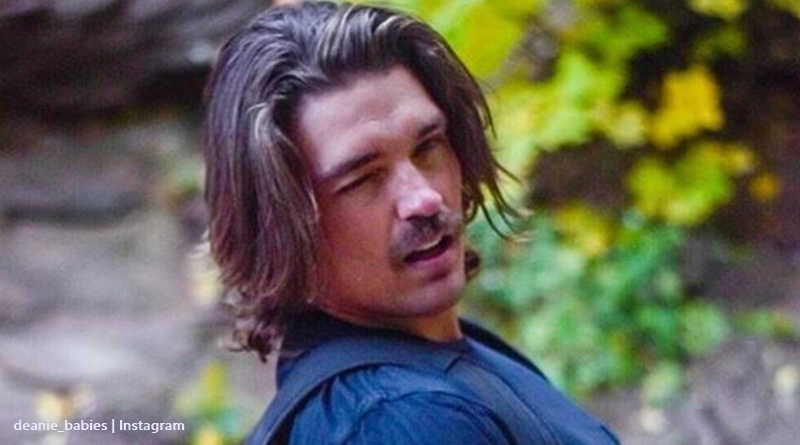 BIP fans heard that Caelynn Miller-Keyes isn’t sure she’ll marry Dean Unglert. They also spend their Christmas apart. But if that left Dean feeling a bit hurt, he’s got something else to think about now. It turns out that Dean expects to spend his Christmas in a Swiss hospital. Dean suffered a bad skiing accident in the Alps. So, maybe he won’t get together in Germany with Caelyn over New Year’s Eve, either.

BIP – Dean went to Switzerland without Caelynn Miller-Keyes for Christmas

TV Shows Ace reported earlier this month that Caelynn and Dean planned a separate celebration for Christmas. She decided Virginia near her family’s best. Meanwhile, Dean, still on his mission to rove around the world, decided on Switzerland. But, they planned a meet-up in Germany for New Year. The news emerged as we heard Caelynn’s not at all sure Dean’s the man she wants to marry.

The couple dated for around six months now. And, while Caelynn, seems keen on travel with him, no sign of marriage looms on the horizon for the BIP couple. According to Hollywood Life, she said, “I sure hope I’m done dating. I really enjoy his company and our time together, but who knows? We’ve only been dating for six months, so I can’t definitely say he’s the one, you know?” So, when Dean hurt himself in a skiing accident, she probably wasn’t there to help him through his terrifying incident.

Bachelor In Paradise star, Dean banged himself up badly in a skiing accident

Dean shared about his accident on his Instagram. He’s actually badly injured, so this time he won’t just walk away. Probably, he’s still be hospitalized by the New Year. On his Instagram, Dean shared about how he always dreamed of  “skiing the swiss alps.” The beauty of the place attracted him. Plus, he noted, the country’s known for “some of the best snow in the world.” But, he explained that he pushed things a “liiiiitle too hard and took a nasty spill which ultimately put me here. ”

“Here” means the Swiss hospital. Rather sadly, he noted, “since this is probably going to be the only pic i get in switzerland, i figured i gotta post it 🥴.” The photo shows the BIP alum lying in bed. Dean revealed that it “took…about an hour before he “managed to flag down for help.” Rescued and flown out to the hospital, he heard the bad news about his injuries. Badly banged up, Dean might remain there for some time.

Dean revealed that his hip dislocated. That’s painful and the Orthoinfo Org website notes a long rehab period follows with physiotherapy. But, our BIP alum also broke his femur. The following surgery involved “4 screws and a plate in [his] leg.” Hopkins Medical reveals that Dean probably underwent Internal fixation to “physically” reconnect the bones. Usually, they do this if the femur actually fractures into multiple breaks.”

While healthy people often become discharged reasonably quickly, possibly Dean, with the two injuries might be in hospital over New year, we suspect. So, it looks like Caelynn might cancel that Germany New Year. Hopefully, she gets to his side to help him with his discharge from the hospital. Nevertheless, ABC’s BIP star, Dean maintained a sense of humor. He ended his Instagram post by saying, “looks like i’ll be celebrating xmas in a hospital bed this year 😂

all my life i’ve dreamt about skiing the swiss alps. how could you not? they’re huge and beautiful and have some of the best snow in the world. today, however, was not my day. i was sending just a liiiiitle too hard and took a nasty spill which ultimately put me here. and since this is probably going to be the only pic i get in switzerland, i figured i gotta post it 🥴 the swiss mountain rescue blew my mind today. it took me about an hour to flag someone down for help but once i did, i was airborne and in surgery in less than an hour. a dislocated hip and fractured femur put 4 screws and a plate in my leg but things could have been so much worse and for that i am extremely grateful! looks like i’ll be celebrating xmas in a hospital bed this year 😂

What do you think about Dean Unglert spending his Christmas in a Swiss hospital? Do you hope he and Caelynn spend some time together before he heads home for further recuperation? Sound off your thoughts in the comment below.

Remember to check back with TV Shows Ace often for more news about the cast of BIP.

Tori Spelling And Dean McDermott Divorce Rumors, Dean Has Excuses For Everything
Khloe Kardashian, Not Good Enough To Get Invited To The Met
‘Bold And The Beautiful’ Week Ahead Spoilers: Paris Buckingham Twin Demon Of Sheila?
Marlon Wayans’ Netflix Original Halloween Movie ‘Boo!’: What We Know
Multiple ‘Bachelor’ Alums Heading To ‘BIP’ Canada, Plus There’s A Twist