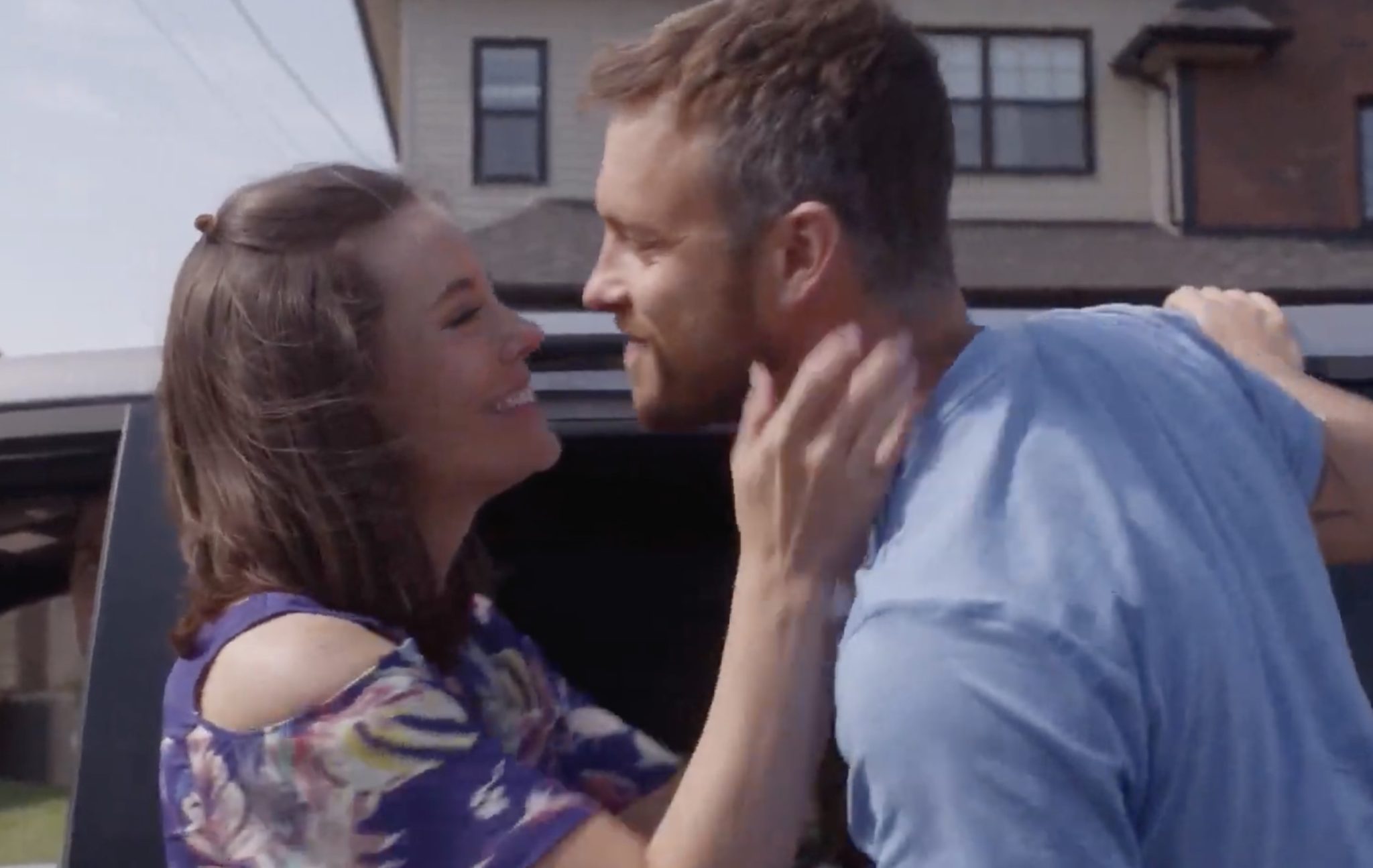 The trailer for Lifetime’s highly anticipated Chris Watts: Confessions of a Killer has been released. Who stars in the movie and when will the new movie air? Starring Ashley Williams (How I Met Your Mother) and Sean Kleier (Odd Mom Out), this movie promises to reveal the chilling details of the murder, and how the investigator Tammy Lee got Watts to confess.

Everything You Need To Know About Chris Watts: Confessions of a Killer

In the new Lifetime preview for Chris Watts: Confessions of a Killer, we see Watts (Kleir) being questioned by CBI agent Tammy Lee (Brooke Smith). She asks questions like if he was violent. The next scene reverts back to Chris Watts hitting his wife Shan’ann (Williams). Then, as Tammy Lee continues to question Watts, we see both loving and violent glimpses into the lives of the Watts family. The scenes show the extreme emotions of Watts, and the domestic violence that Shan’ann endured.

Ashley Williams is perfect as Shan’ann. Williams has the same sort of brilliant smile that shone on Shan’ann’s social media. This is a bit of a different role for Williams. TV Shows Ace recently reported on her recent Hallmark Christmas movie, Christmas in Evergreen: Tidings Of Joy. There is no happy ending in this story. In the trailers, we see where Chris Watts hid the dead bodies of his family members.

The Murder Took Place In Colorado

Early on August 13, 2018. Chris Watts flipped out and strangled his wife of nearly six years, Shan’ann. She had arrived home in the middle of the night, after having attended an out-of-state work conference. They fought. He just exploded and murdered her. At that time, she was 15-weeks pregnant with their son, whom they planned to call Niko. Then, Watts proceeded to smother both of his daughters, Bella and Celeste. He shoved the bodies of his daughters into oil tanks at Anadarko Petroleum. This was his place of employment. Chris buried the pregnant Shan’ann in a shallow grave nearby.

He was interviewed by national media, asking for help in finding his missing family. To the world, the Watts family was beautiful. Their photos were perfectly curated in their social media posts. But, something sinister was behind the disappearance of Shan’ann, Bella and Celeste.

Investigators found out that he was having an affair. Then, investigator Tammy Lee got him to confess the murders and show investigators where he put his wife and children. Watts is now serving five consecutive life sentences for their murders.

Lifetime is airing Chris Watts: Confessions of a Killer on January 25 at 8 p.m., as part of their Stop Violence Against Women campaign. Lifetime will air a PSA after this movie. They will include crisis helplines, resources for those who are going through domestic abuse situations.

According to E! News, the network is also airing a documentary entitled Beyond the Headlines: The Watts Family Tragedy at 10 pm. This features interviews with Shan’ann’s best friends Cassandra Rosenberg and Cindy DeRosset, as well previously unseen footage. Also, real life CBI agent Tammy Lee will talk about this case.

The first preview of Chris Watts: Confessions of a Killer does not appear to show his mistress Nicole Kessinger. According to IMDb, Chloe Van Landschoot (Skin) portrays the woman that dated Watts prior to his murdering his wife and children. Currently, it is not clear how much we will see of Nicole and learn of her part in his decision to murder his wife, two daughters and unborn son.

Will you be watching Chris Wtts: Confessions of a Killer on Lifetime? Do you normally watch true crime stories, or has this particular case fascinated you? The movie will premiere on Lifetime on Saturday, January 25, at 8 p.m., Eastern.