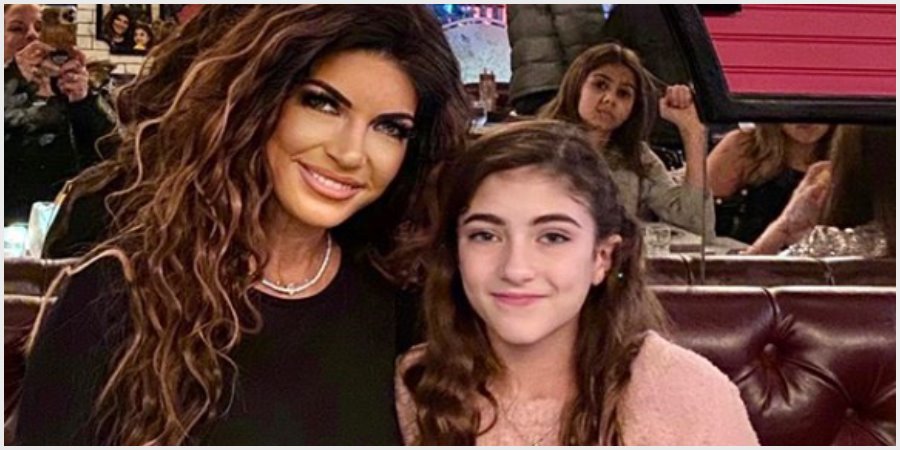 Could Teresa Giudice be moving on already with Tony the pool guy? Some sources say yes. There was a photo shared showing her looking happy with Delorenzo as they went to a restaurant. The reality star just announced her split from husband Joe Giudice. The two had a tell-all interview with Andy Cohen after Joe went to Italy to await the rest of his trial.

While there’s no proof of a relationship, there are these pictures with lots of hugs and physical content. Teresa’s lawyer said, “people should spend time with their families and enjoy the Christmas holiday, not worry about Teresa Giudice eating breakfast with a longtime friend.”

‘Tis the season to be jolly 🌲❤️

Teresa Giudice Isn’t Planning On Getting Divorced Yet

A source said, “Joe and Teresa Giudice have separated, but have no plans to divorce yet. Teresa and Joe talked about their future when she and the girls were in Italy and decided it was best for them to separate. Neither of them wanted to be in a long-distance relationship.” The source also said Joe is dating and they will continue to co-parent their four kids. Teresa won’t be taking a trip to Italy when her girls go for Christmas.

As for Delorenzo, he’s been Teresa Giuduce’s friend for years. In November, he installed a swimming pool for her during an episode. They were flirty and this was while Joe was in ICE custody. They talked about old times. Teresa asked, “wait, how long do I know you? We used to play football together … and then you would always tackle me.” He replied, “it was love.” Teresa said, “I know.” Teresa Giudice then responded she should have taken him to prom. It shows the two have a lot of history between them.

Teresa’s Brother Is Fanning The Fire

When he left after putting in the pool they shared an awkward kiss on the cheek according to US Weekly. Her brother Joe Gorga said, “look at you, mamma mia!” When Teresa Giuduce responded she didn’t do anything Gorga continued to tease her. He said, “you want him, huh?”

On her Instagram stories Teresa Giudice shared a video of her brother sitting with Anthony Delorenzo at a counter. She said, “happy Sunday fun day!” Delorenzo shared the video as well so fans are going to talk about this mutual social media presence and being seen out together. There will definitely be fans requesting to see more of Tony the pool guy on the show.