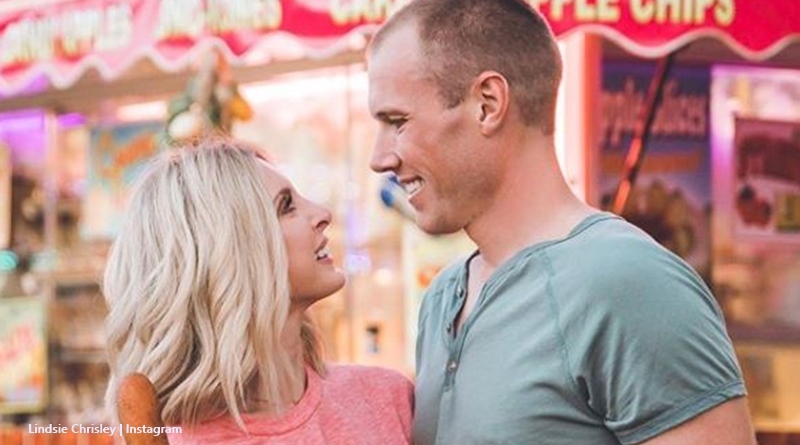 Lindsie Chrisley’s ongoing feud with her father, Todd, still boils on. And, while they both said they would stop talking so publicly about it, it doesn’t mean their estrangement’s over. Fans know she got embroiled in Todd’s legal issues both with the federal tax evasion case and in her own extortion claims. And, it looks like she’s over it so much, she plans a festive season getaway very far from the rest of the family.

Lindsie Chrisley – no time for her dad, Todd

Fans can recall that Lindsie left the family’s TV show, Chrisley Knows Best. It came after a massive clash involving Todd’s wife, Julie. She never returned, and she still vows to never forgive her family. Later, she alleged that her brother and her dad tried to extort her with an intimate tape. TV Shows Ace reported that they finally agreed on “one thing on October 23. Both of them let it out that they will not speak of it [publicly] again.”

But, reconciliation still seems very far away. Heavy reminds us that “Lindsie, 29, has been estranged from the rest of her Chrisley Knows Best family since 2017.” Plus, allegedly, she helped provide information that led to the arrest of both Todd and Julie. And, her enmity also extends to her sister Savannah and her brother Chase. Lindsie Chrisley sometimes disses them on her social media. So, it’s not a massive surprise to hear she’s going far away for Christmas.

Festive season vacation in a treehouse in the woods

TMZ revealed via a source, that Lindsie’s vacationing in a treehouse in the woods. Well, a very luxurious one, anyway. According to the outlet, “she and her husband are renting a luxury tree house tucked away in a South Carolina forest, spending Christmas Eve unplugging from the world and her father, Todd.”

Over on Instagram, Lindsie showed she’s getting into the festive season. She posted a pic of her holding a tiny gift. Then, she invited fans to guess what’s inside. Of course, lots of her posts there entice fans to go over to her and Kailyn Lowry’s Coffee Convo Podcast. fans love it, and one of them said, “was so sad there was no podcast this week 😢 I look forward to just plugging myself in every Friday and I laugh my *ss off every time!”

• N A U G H T Y is such a strong word, how about we go with N I C E – I S H • ❤️❤️❤️ 💭Who’s getting excited for S A N T A 🎅🏽 Who wants to guess what this tiny little preset is? 🎄🎄🎄 P.S. Listeners of @coffeeconvospodcast , we will be doing several Christmas G I V E A W A Y S this week! ❤️ Stay tuned to my stories so you don’t miss out! A statement regarding the podcast will also be released tomorrow! ✨ I want to thank our listeners for being patient & understanding! I love you! 🎁🎁🎁

What Todd plans for his Christmas

Lindsie Chrisley’s dad Todd won’t spend his Christmas frolicking in the woods. Presumably, he won’t travel outside the country either. Recall that he tried applying for permission to spend Thanksgiving in Bermuda. Via Yahoo, People shared that the court denied their application. Todd didn’t detail his Christmas plans, but he dished out some advice and greetings on Instagram.

What do you think about Lindsie Chrisley getting away, very far away, from Todd and his legal issues? Do you think they will ever reconcile? Sound off your thoughts in the comments below.

Remember to check back with TV Shows Ace often for more news about Todd and Lindsey Chrisley.