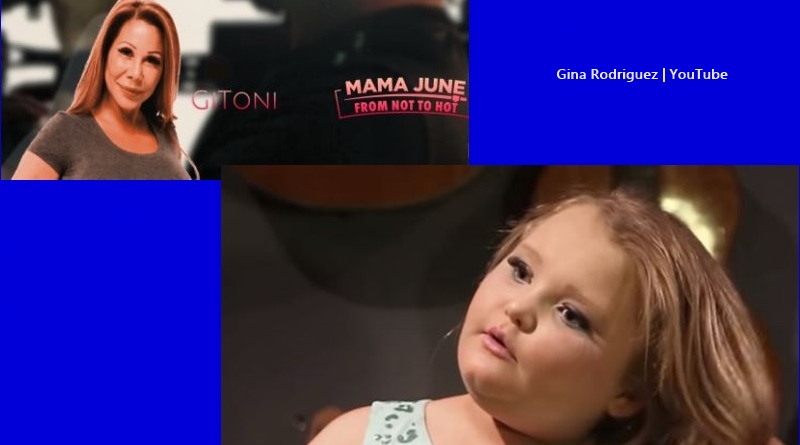 Honey Boo Boo’s manager, Gina Rodriguez, got a big shock on Sunday. The producer from WEtv’s Mama June: From Not To Hot suffered a major financial loss. She runs Gitoni Productions. Sometimes we see her in the episodes. Unfortunately, this weekend, someone robbed her of her Louis Vuitton wallet after she left it in her car. Apparently, she lost a lot of money after the thieves used her credit card for purchases.

Honey Boo Boo gets plenty of support from Gina Rodriguez

Honey Boo Boo, aka Alana Thompson, gets support from Gina, and sometimes we see this in the show. Her manager looks after Alana’s interests. And, that’s useful right now as Mama June faces her federal drug charges while estranged from her daughters. TV Shows Ace reported in September, that Honey Boo Boo went through a year of hell. June sold her home. Then, she took off with Geno Doak in an RV. Now, she seemingly became a permanent casino gambler. Meanwhile, Alana lives with her sister Pumpkin (Lauren.)

We also reported that it’s very possible they filmed for another season of the show. It came after Pumpkin posted about it being a wrap. The pic she shared showed the on-camera screen. So, obviously Gina spent quite a bit of time with Alana these past months. We have no idea if June features in the upcoming season when and if it gets confirmation. IMDb tells us that Gina also knows how it feels to be estranged. The daughter of “infamous Mexican Mafia head Michael ‘Micky’ Anthony Delia Jr.,” became estranged from her in her early years.

Gina robbed after leaving her wallet in the car

Gina went onto her Twitter on Sunday. There, Honey Boo Boo’s manager wrote, “Be careful… my @AmericanExpress was stolen and @HomeDepot in #SantaClarita let the thief spend over $1200 without checking their ID! @HomeDepot needs to get their sh*t together.” Well, that’s careless on Home Depot’s part. But, maybe Gina shouldn’t have been so careless either. Gina left her expensive Louis Vuitton wallet in her car. The Blast reported it contained, “her identification card and multiple credit cards.”

The outlet explained that Gina locked her car last time she used it. And, with no windows broken, Gina suspects they used “a device that illegally unlocks the car.” No doubt, one concern for Gina is that she lost her ID card. Identity theft’s a big problem and a hassle to sort out. In the meantime, she filed a police report. Hopefully, investigations successfully trace the perpetrators. Gina now spent money on a decent security system. Apparently, it happened in the Encino area.

Be careful… my @AmericanExpress was stolen and @HomeDepot in #SantaClarita let the thief spend over $1200 without checking their ID! @HomeDepot needs to get their shit together.

What do you think about Honey Boo Boo’s manager, Gina Rodriguez’s robbery? Would you leave your Louis Vuitton wallet in your car? Sound off your thoughts in the comments below.

Remember to check back with TV Shows Ace often for more news about Honey Boo Boo and the Mama June: From Not To Hot show.