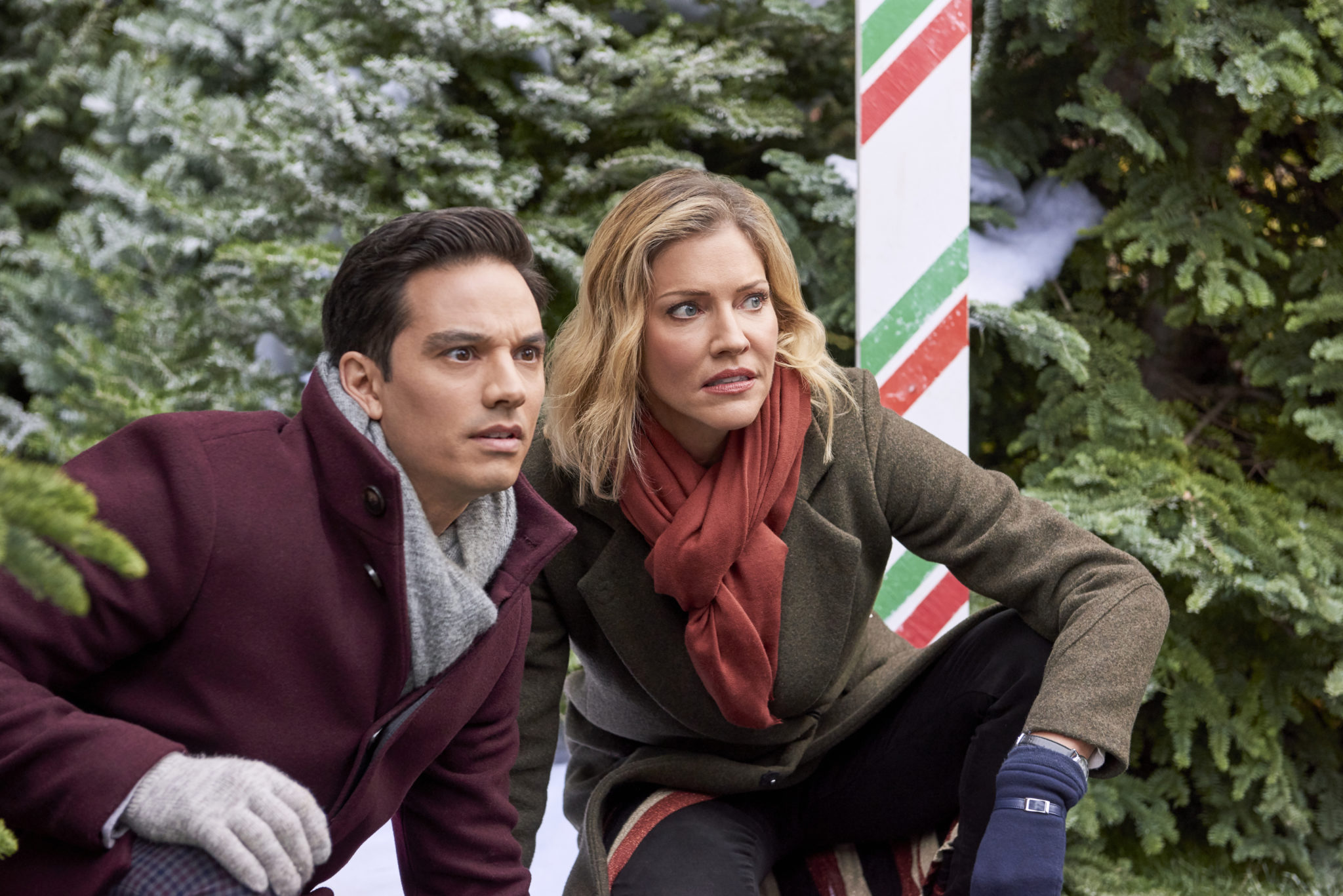 What happens when neighboring town rivals decide to find similarities instead of differences? Hallmark’s It’s Beginning To Look A Lot Like Christmas shows two political figures who will do anything for their town, and soon find that their hearts can add one more thing to love. Starring Tricia Helfer (Lucifer) and Eric Mabius (Ugly Betty) in this festive and fun Countdown to Christmas gem.

What Is It’s Beginning to Look a Lot Like Christmas About?

Sarah (Helfer) and Liam (Mabius) are competing mayors of East and West Riverton. The two are known to compete for everything that goes on in their neighboring New Hampshire towns. They have known each other all of their lives and competition has been their entire relationship. Now, the stakes are high, as there is a statewide “Christmas Spirit Competition.” Sarah is worried that her son Justin (Nolan Hupp) is in the middle of this rivalry. Justin is working with Liam. Sarah wants to use this competition as a teachable moment to her son, but gets caught up in the rivalry again.

Turns out, both have amazing spirit and are now down to the final round. They quickly realize that by working together, they would benefit more than working against each other. As they get closer, they learn about their neighboring communities and how much each mayor loves their constituents. Soon, they focus on their similarities and fall for each other. Talk about a Christmas miracle!

Speaking to Home and Family, the Battlestar Galactica star shared that the set decoration is “insane.” Because there are three tiers in the competition, the Hallmark set designers took it up a notch for each tier. This is a movie for those who love over the top Christmas decorations!

In the movie, Tricia had to ride a tractor. No biggie for this model-actress! She grew up on a farm in Alberta, Canada. She was raised to be a farm hand and still helps out her dad.

When Can You See Hallmark’s It’s Beginning to Look a Lot Like Christmas?

It’s Beginning To Look A Lot Like Christmas premieres on December 22 on Hallmark with encores including Dec. 25 at 6:30 a.m., Eastern time. You want to make sure you catch it either time, or watch online on Hallmark’s channel.

Are  you planning on watching It’s Beginning To Look A Lot Like Christmas? Be sure to check back with TV Shows Ace for the latest Hallmark news.

‘Bigfoot Family’ Has A Prequel & Here’s How To Watch It
‘The Bachelor’ Drama Continues, Is This Famous Journalist Replacing Chris Harrison?
‘1000-Lb Sisters’ Fans Wonder If Tammy Slaton Can Read
‘My 600-lb Life’ Update On Cillas Givens: Where Is He Now?
Carlin & Whitney Bates Talk Number Of Kids They Want