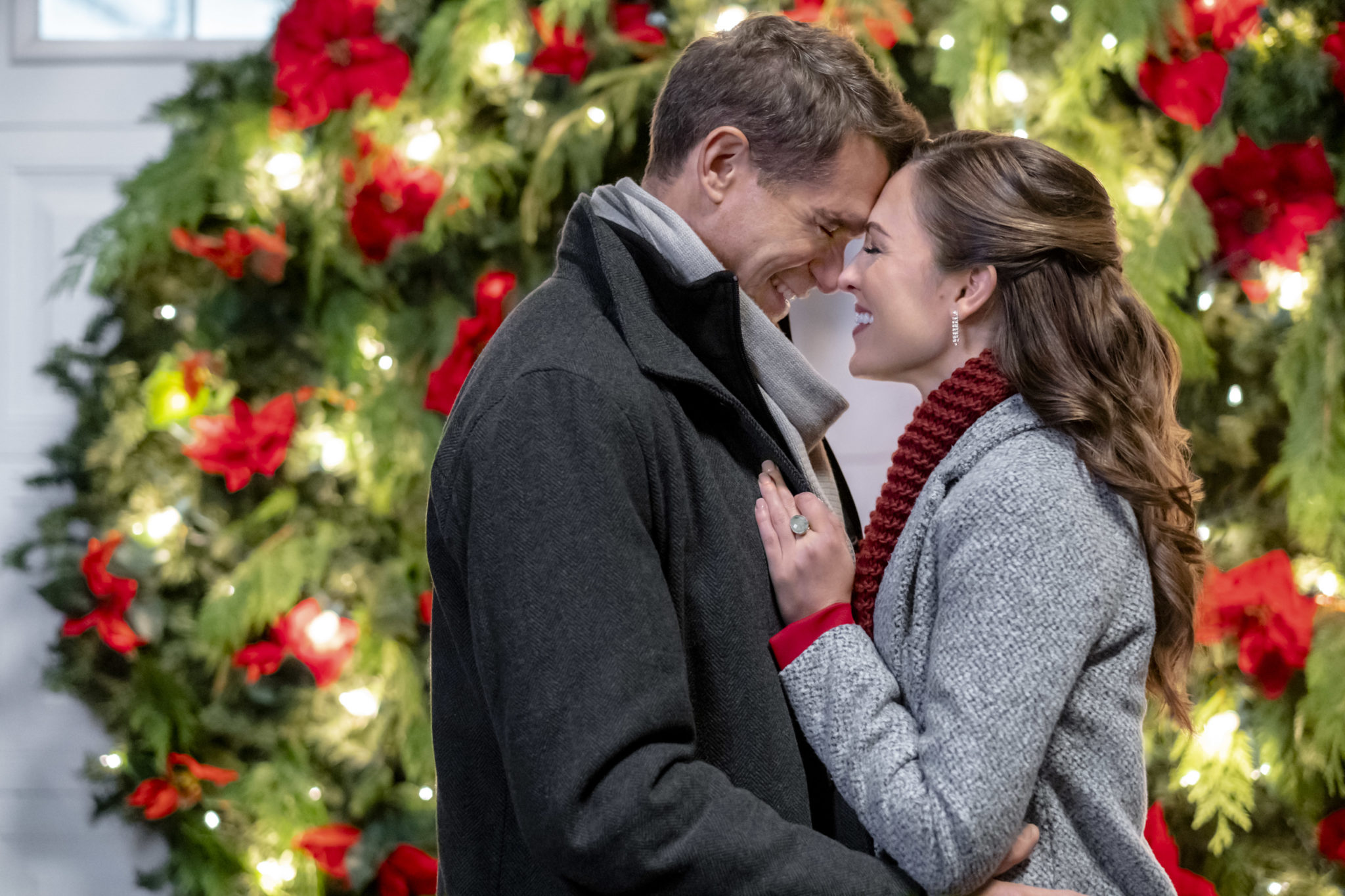 Hallmark honors veterans in the heartfelt A Homecoming For The Holidays. This Countdown To Christmas movie stars Broadway star Laura Osnes and Stephen Huznar (Letterkenny). There is music, community and a tender love story.

What Is A Homecoming For The Holidays About?

Rising country music star Charlotte Quinn (Osnes) comes from a service family. Her brother Eric (Jesse Irving) is about to be deployed to Afghanistan. There, she meets Matt (Huznar) and immediately, sparks fly. But, he is headed overseas, and Charlotte is heading for the bright lights of Nashville. Most of all, she is making her dream come true.

Then the movie jumps ahead three years. Charlotte’s career has really taken off. She is a huge country star, but finally back home to celebrate Christmas with her family. This is the first time she has been back in three years. She has returned to welcome home her brother.

Meanwhile, Matt and Charlotte run into each other and sparks fly again. We learn that Matt is now a civilian. Yet, the military is still on his mind as he’s involved with Operation Homefront. Meanwhile, Eric has decided to re-enlist. But, could a misunderstanding about a man from Charlotte’s past extinguish the flames of this budding romance?

This movie reminds viewers of those who serve around the world. This Christmas movie also showcases some of the great rescue dog/soldier programs. This is just one program that helps vets when they return home.

Laura Osnes is back to star and sing in her second Hallmark movie. The twice-Tony nominated star spoke to Home and Family to discuss this “sweet” movie. The Minnesota native shared that although they only filmed 15 days, the actors bonded instantly. She surmises that with the holiday decorations, the cookie baking and the incredible cast, they all instantly became close. No wonder this is one of the best selections this season!

When Can You See Hallmark’s A Homecoming For The Holidays?

Hallmark offers a cornucopia of stories in the 40 Countdown to Christmas movies, including stories about military families. Throughout Christmas and into the new year, Hallmark will air Christmas movies 24/7 on Hallmark and Hallmark Movies & Mysteries. Two new holiday favorites include Double Holiday and Holiday Date.

Are  you planning on watching A Homecoming For The Holidays? Be sure to check back with TV Shows Ace for the latest Hallmark news.