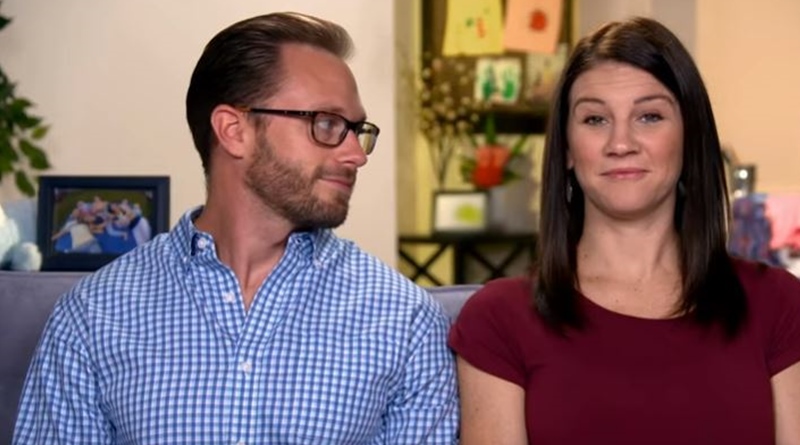 OutDaughtered fans know that the Busby’s faced decisions this year about their quints. That’s because Parker didn’t do well in Pre-K, and Riley moved ahead to Kindergarten. In her school Christmas play post, Danielle Busby noted this the last time the kids perform on the stage together as they move to Kindy next year. So, maybe they won’t hold Parker back. Watching them in their last play together, Danielle said she “cried.”

TV Shows Ace reported that tough decisions faced the Busby family. So, school for the quints has not been totally a fun time for them. We reported that Parker didn’t do very well in pre-K. And, Adam said, “I don’t know what’s worse. Parker moving up before she’s ready and feeling inadequate, or Parker staying in lower rotation a little while longer.” Anyway, it looks like Parker moves up to Kindergarten along with her sisters.

In her post that she shared about the Christmas play, Danielle got emotional as they won’t do the Pre-K play again. Her photo showed the quints dressed as angels with their halos on. The OutDaughtered mom said, “this year was their last 😭 because it’s off to kindergarten next year.” Plus, she noted, every year at school they have played the role of angels in the Christmas play.” Danielle said that she cried during their performance.

Danielle’s so proud of the kids

As each child did their performances, Danielle felt very proud. She noted, ” Everyone of them had their own song and dance with their class and they ALL participated and did their part!!” And, she added that none of them got “stagefright” this year. But, she also lamented that they grow up so fast. Plus, she noted, “I am so proud of each one of my little quintuplets.” That came before she wrote, “Guess who cried the whole time … #mama.”

Well, OutDaughtered fans felt relieved that Parker apparently didn’t cry. But in the video above you can see her in tears at some stage. (Maybe that was last year.)  Romper reminds us that “the Busbys [took] Parker to see a doctor about her anxiety” in an episode of the TLC show. On Danielle’s page, fans talked about that. One said, “Parker had no stage fright, none of the girls did.” Another one commented, “Bless y’all. Good to see parker doing great. Jesus be praised happy holidays 💞💞💞.” More comments came in, but this one noted that Parker looked a bit unhappy in the pic. They wrote, “Poor Parker! She really looks sad up there. She definitely is going to be the shy one and quiet one.”

This morning was beautiful! I am so proud of each one of my little quintuplets. Every year at school they have played the role of angels in the Christmas play and this year was their last 😭 because it’s off to kindergarten next year. Everyone of them had their own song and dance with their class and they ALL participated and did their part!! 🥰No stage fright this year…they sure are growing up! I can’t wait for Adam to post the YouTube video of it for all you to see. Guess who cried the whole time … #mama 😭 #itsabuzzworld

What did you think about the cute photo of the quints in their last Pre-K Christmas play? Do you understand Danielle Busby feeling kind of sad and happy all at the same time? Sound off your thoughts in the comments below.