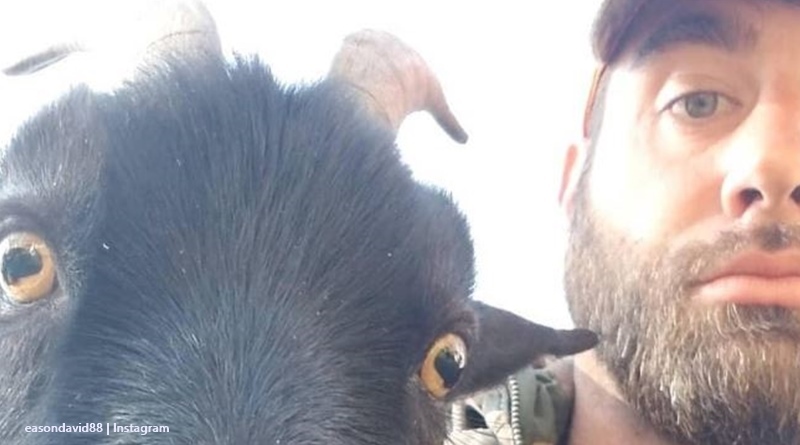 David Eason and Jenelle split and she moved to Tennessee with Ensley and Kaiser.  Jace still lives with Jenelle’s mom, Barb. However, Maryssa remains at home with David. Since she left, David alleged he got robbed and his house trashed. On his Instagram, he shared a photo of him and his daughter but rather cryptically captioned it. He said, “I can’t believe that woman tried to destroy the holidays.” Did he hint that he suspects she was behind his home robbery?

David Eason said he ‘knew’ who robbed his home recently

TV Shows Ace reported that David put a post on his Instagram about being robbed. But, he took it down and it looks like he sold his story to Champion Daily. In brief, the post alleged his home got robbed and trashed while he was away in Nashville. He also noted that whoever went there took his tools and hunting stuff, and a boat. The kids’ rooms looked like a bomb went off. So, he’s been busy cleaning it up.

According to the Champion Daily article, David alleged that he “knew” who broke into his house. News that Jenelle filed for divorce came at Halloween. And in November, David alleged someone stole one of his dogs. Cheatsheet speculated that Jenelle may have had something to do with that. But, there’s no proof whatsoever. But, with David Eason’s latest Instagram post, did he hint that this run of bad luck had something to do with her?

David posts about ‘That Woman’ attempting to ‘destroy the holidays’

In his post on Friday, David shared a photo of himself standing next to Maryssa.  There’s a decorated Christmas tree behind him and the place looks tidy. He captioned it with, “can’t believe that woman tried to destroy the holidays! Love always wins!”  The link in his bio took the reader to Champion Daily again. There, the coverage re-hashed the photos of the alleged break-in. That came before the bit that David’s enjoying good friends and time with his daughter.

Could that be a hint that David thinks Jenelle was behind the robbery to try and spoil the festive season? Well, it’s not hard to figure out who “that woman” could be. But, whether he’s just angry that Jenelle started the divorce during Halloween and their bashing of each other persisted through Thanksgiving, we don’t know. It’s Christmas now, and maybe he feels “that woman” tried to ruin the holidays by leaving him.

What do you think? Do you think David Eason hinted that he suspects Jenelle’s behind the robbery? Or, perhaps he just thinks the holidays got spoiled as they can’t celebrate Christmas as a family this year. Sound off your thoughts in the comments below.

Remember to check back with TV Shows Ace often for more news about the cast of MTV’s Teen Mom 2 and David Eason.