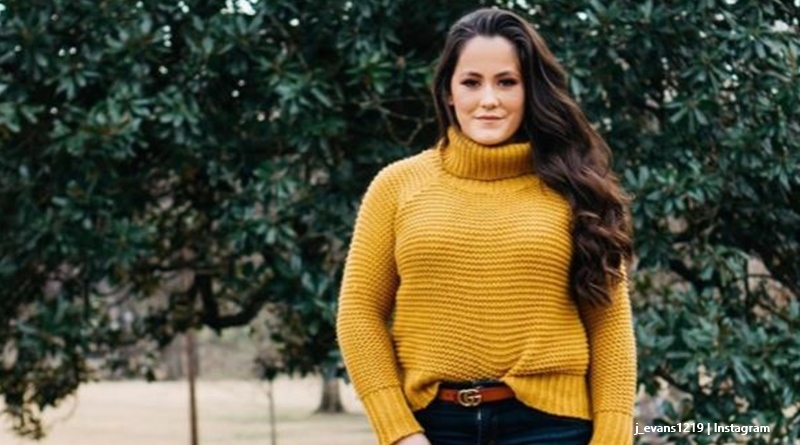 Teen Mom 2 alum Jenelle just turned 28-years-old. She never splurged about a big celebration or anything, but fans noticed a tweet for her birthday by her ex, Nathan Griffith. The rather touching birthday message indicated that Jenelle’s really making a huge effort to change her life since she left David Eason.

Teen Mom 2 – Janelle seemed a bit lonely on her birthday

In her post on her special day, she shared, “Sometimes you have to kind of die inside in order to rise from your own ashes and believe in yourself and love yourself to become a new person.” The Teen Mom 2 alum attributed the quote to Gerard Way. So, it looks like she spent some time thinking about her life. And, let’s face it, much about Jenelle’s been a hot mess over the years. Even her loyal fans agree on that.

“Sometimes you have to kind of die inside in order to rise from your own ashes and believe in yourself and love yourself to become a new person.” – Gerard Way #HappyBirthdayToMe 🎉🎈

Nathan Griffith shares his message to Jenelle on his Twitter

Over on Twitter, Nathan, the father of Jenelle’s son Kaiser, wrote, “I know the critics will criticize and I know the “hatters” aka haters will hate but this is honestly the first time in a while that I’ve seen [Jenelle] make serious and positive changes in her life and thinking. I’m so proud of the person you’re becoming. HAPPY BIRTHDAY.” Well, that says a lot about Jenelle’s efforts. Bear in mind these two got involved in a bitter custody dispute over their son, Newsweek reported.

Jenelle replied to her ex, saying, “Thanks. I appreciate it.” Naturally, Teen Mom 2 fans also reacted to Nathan’s post for Jenelle’s birthday. One fan said, “This is how real men co-parent and speak to women. 👍❤️ you’re doing good!” Another noted, “So glad she got herself and the kids out of that mess! Positive changes will bring positive results. Merry Christmas.” But, Nathan correctly predicted critics.

I know the critics will criticize and I know the “hatters” aka haters will hate but this is honestly the first time in a while that I’ve seen @PBandJenelley_1 make serious and positive changes in her life and thinking. I’m so proud of the person you’re becoming. HAPPY BIRTHDAY

Critics disagree with Nathan on his birthday message

Many people who responded to the message by the Teen Mom 2 alum came out with criticism. One noted, “It’s been 5 wks dude for 15 yrs of horrible actions, decisions, & traumatizing her kids. Slow your roll. How much counseling/therapy has she gotten for herself since this happened? What about therapy for the kids? Or parenting classes? Yeah that’s what I thought.”

Meanwhile, another person wrote, “I will feel ‘proud’ of her when she actually takes responsibility for things that she put her kids through. When she admits the fault and hand she had in her animals and children being abused. Tell then this is fake to me. She hasn’t changed.”

What do you think about those people who disagree that Jenelle Evans changed for the better? Did you think it was sweet of him to share those birthday wishes?” Sound off your thoughts in the comments below.

‘My 600-Lb. Life’ Season 10 Release Date Confirmed: Sooner Than Expected
Get To Know ‘The Bachelor’ 2022 Clayton Echard
The ‘Pawn Stars’ Crew Were Famous Before Their Own Show
Duggar Fans Appalled By Jason’s Response To Natural Disaster
‘Marrying Millions’ Bill Hutchinson Selling Off Assets Amidst Scandal