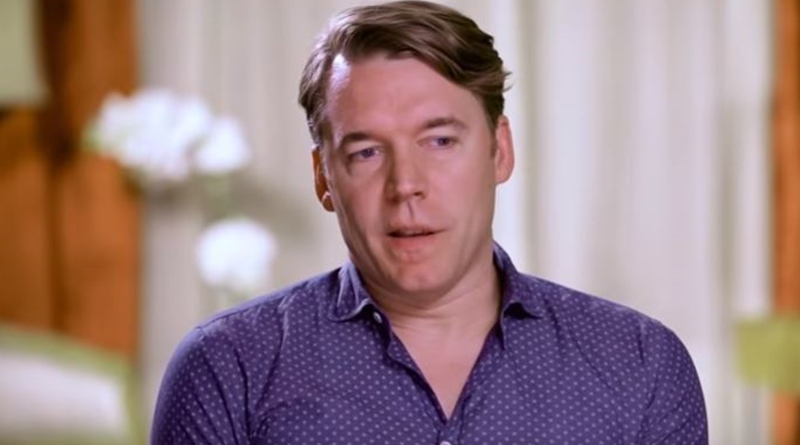 90 Day Fiance star Michael Jessen and his fiance Juliana both picked up some hate from fans of the TLC show. Mostly, critics think he’s way too old for her. Plus, he’s wealthy and others think he used that wealth to lure a young woman. But, from the first episode, fans enjoyed his two kids, Cece and Max. Now, Michael shared a few words of wisdom from Max, and fans love the young man even more.

Michael and his ex-wife co-parent Max and Cece. And, TV Shows Ace reported that Micheal wants more kids. Actually, we reported he and Juliana want to adopt kids. The little kids apparently live under difficult circumstances and are related to Juliana. Judging by the good job he and his ex did with raising their kids, this could be a fantastic opportunity for the two adoptees. And, given that Cece and Max seem so level headed, they’ll probably take to the ended family.

The news of the adoption came at the end of a rant on Instagram. People reported that Michael said that TLC’s “the biggest bunch of manufactured bulls…” That resulted in him getting some backlash from Paola Mayfield. The 90 Day Fiance star featured on Pillow Talk lately. Michael hit at her, saying her comments on the show hurt him and Juliana. She responded on The Domenick Nati Show, saying, “Whatever he said on his live video, I really don’t care…I don’t like this drama on social media. I don’t like to go back and forth.” But now, Michael took some advice and shared it.

On his Instagram on Friday morning, Michael shared a screenshot. It was one of those “ask me a question” boxes on Instagram. Someone asked, “What advice do you have for a 28 year old. What would you tell your daughter?” Michael noted in his caption that the answer came from his son Max. He noted, “Words of wisdom from my precocious son @maxwell.jessen …I am proud to be his father and he fascinates me for being the truly unusually special human being that he is 😌😌🙏🙏.”

Here’s what Max, one of 90 Day Fiance‘s most level-headed stars, said in reply: “Well, I’ve never been 28, but I would say just be polite to people.” Naturally, followers on Michael’s page reacted to that. One of them said, “Beautiful answer…Your son has so much wisdom and I guess it’s from his family values he gets from his parents. You must be so proud of him 💕💕💕💕.” Another one commented, “I am convinced your kids have more common sense than most grown adults. Great job in raising them. They are great!”

Words of wisdom from my precocious son @maxwell.jessen …. I am proud to be his father and he fascinates me for being the truly unusually special human being that he is 😌😌🙏🙏♥️♥️ #90dayfiance

What do you think? Do you love that Max gave some great advice? Maybe his dad should have chatted with Max before his Instagram rant. Sound off your thoughts in the comments below.

‘KUWTK’ Reunion Part 1 Recap: June 17
‘Bringing Up Bates’ Fans Worry About Josie’s Baby, Wonder What’s Wrong
‘Bold And The Beautiful’ Joe LoCicero Is Back As Vinny Walker But How?
‘LPBW’ Tori Roloff Melts As Jackson Takes Lilah On Four Wheeling Mission
Amy Roloff Is Excited About Her Wedding, But Is Chris Marek?