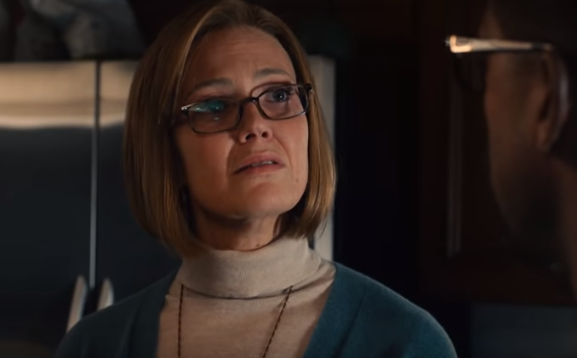 If the fall finale of This Is Us hinted at anything, it’s rough waters ahead for the whole Pearson bunch. So maybe a sweet moment of maternal bonding between Rebecca and Randall before the rapids hit?

Fans Are Gearing Up For Waterworks During This Return Episode

In a shot from a flashback, late 1970s Rebecca is seen cradling baby Randall in her arms while standing in the nursery. The light shining in the room appears to come from an early morning sunrise. The look on Rebecca and Randal’s faces make it look as though they’re sharing the best private joke they’ve ever heard.

The episode, “Light & Shadows,” will follow Randall as he travels to Los Angeles to be with his mother. Recall the Thanksgiving episode, Rebecca admitted that her memory is not what it used to be and she’s scared. She’s not the only one who’s scared of this, viewers are also worried about her health, says Yahoo!.

The show’s return also features Kevin’s search for romance and Kate meeting Toby’s CrossFit friends. Viewers are more than ready to find out more about this “LadyKryptonite5” that’s been messaging Toby about their marriage. 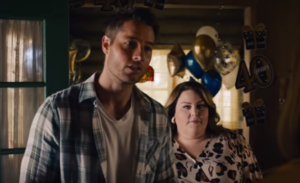 According to FanSided, Jack and Rebecca will be seen in the early days of their relationship trying to keep afloat after her father’s resistance to Jack. It seems as though the two are in a deep conversation about their future.

Continuing to look back at the family’s past, fans are excited to learn about Kate’s mysterious relationship with Marc. It’s been said that those details will be revealed in the first few episodes after the return.

This Is Us co-showrunner Isaac Aptaker praised Mandy Moore’s work in portraying her in this decline of her health.

“Remember, this is a woman in her 30s who hasn’t even had a family yet who’s now playing a grandmother dealing with dementia and this onset of stuff that doesn’t happen until much later in life,” he said. “It’s so far beyond Mandy’s own personal experience, so she’s doing so much work as an actor. She’s talking to experts. She’s talking to people who’ve been personally touched by this. And all those little details that she’s bringing to the performance are the result of that research and the work that she is doing to accurately portray this. It’s really blowing us away.”

Don’t miss This Is Us when it returns with new episodes in 2020.