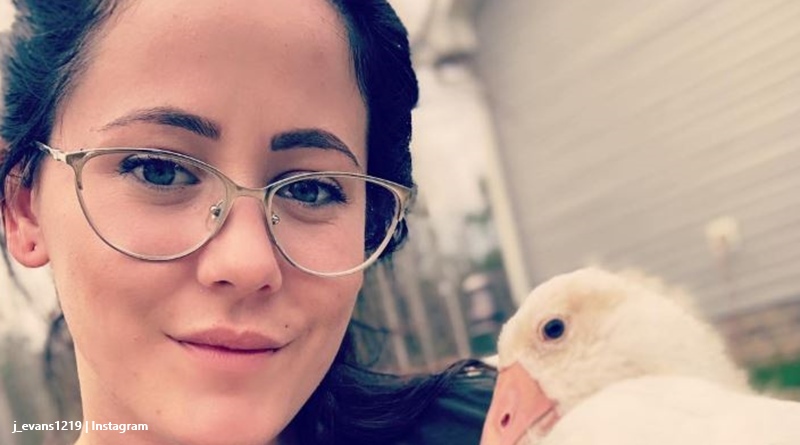 Teen Mom 2 fans know that Jenelle Evans filed for divorce from her husband, David Eason. She insists she’s in a way better place without him these days. Plus, she claimed this week that she’s really “happy” as her support network’s huge at the moment. But, on her birthday, she sounded oddly lonely, considering her declared happiness.

Teen Mom 2 fans heard from Jenelle Evans about her happiness

Two days ago, TV Shows Ace reported that Jenelle claimed she felt really very happy, She put out her message on Twitter. In her post, she said, “I just want to tell everyone, I am sooooo happy with life right now. Everything is perfect My support system is so big now, it’s crazy.” But she didn’t sound all that happy if we go by her Instagram Stories.

Yahoo carried a story that reminds fans, “Evans announced on social media on October 31 that she was leaving [Eason].”

Apparently, it came soon after she went to New York and allegedly discussed a potential return to MTV. Nothing’s been confirmed by either Evans or the network, but speculation’s strong enough that both Teen Mom 2 stars, Kayla Lowry and Farrah Abraham commented on it. So, yes, it’s understandable that Jenelle’s a bit happy.

Jenelle never mentioned her birthday on Twitter or on her Instagram page. But, she went along to her Instagram Stories and shared three cards. One card announced, “4-hours until my birthday.” Jenelle’s birthdays on December 19. Then, maybe something went wrong, as the Teen Mom 2 alum shared an odd card next. It read, “I need a movie about my life…For Real.” The final card showed a meme of her singing “Happy birthday to me! Happy Birthday to me!”

Well, people who need to sing that song to themselves might not be in a happy place. We don’t know for sure if the kids or her mom spoiled her. But, one thing we know is that David Eason’s not likely to send her loving gifts this year. The two drag each other quite a lot on social media these days. And, she took out a court order against him. 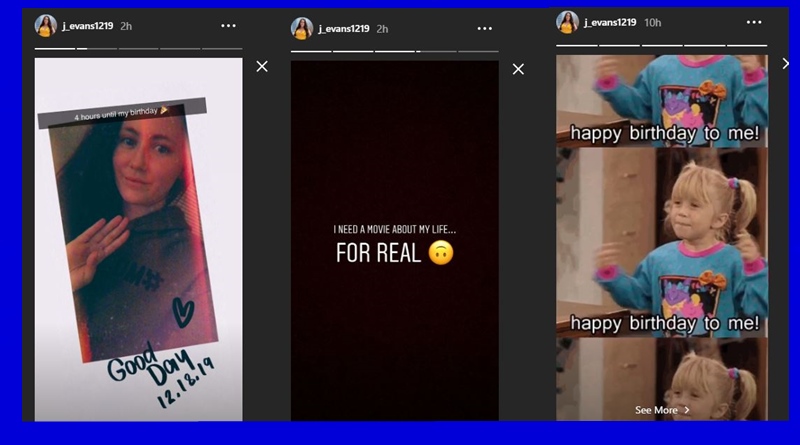 This year, Teen Mom 2 alum David Eason, now estranged from Jenelle celebrated his birthday with her. On social media, we saw them enjoying a crawfish boil. That came at the height of her court case when she fought for custody of her kids. Now, she moved on from David and got her kids back. They all left “The land” to David and live in Tennessee these days.

But, given her happiness claims, one has to wonder if she felt a bit lonely this birthday. What do you think? Sound off your thoughts in the comments below.