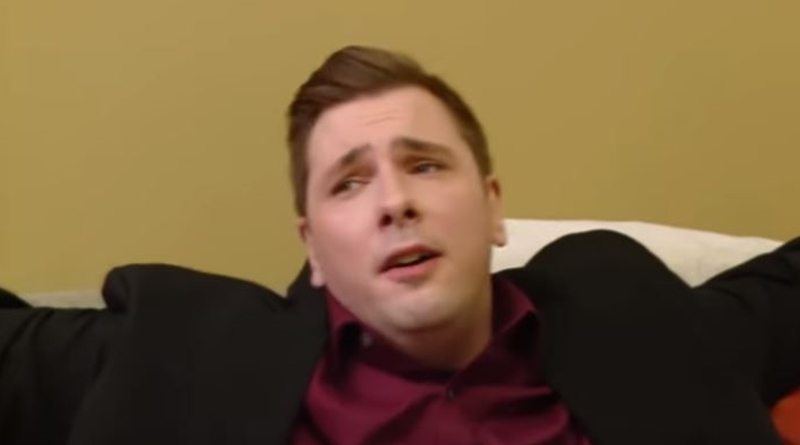 90 Day Fiance: Happily Ever After aired their Tell-All back in July. We know Colt got super-heated when TLC suddenly brought on Eric Nichols, Larissa’s boyfriend. But, at one stage he said he would consider trying again with Larissa after their divorce. That never happened, and now he’s advertising her wedding dress for sale on Fanbound.

90 Day Fiance: Happily Ever After Tell All star Debbie hated on Larissa, Colt not so much

TV Shows Ace reported that in the Tell-All, it seemed like Colt’s mom Debbie, really hated on Larissa much more than Colt. It seemed that Colt still held some feelings for her. We noted that on the court testimony, Debbie was furious. We wrote, “Debbie grew furious as Colt really was not keen to testify against Larissa. In fact, it seemed Debbie’s the one who wanted her gone, rather than Colt.”

But, any sentimentality that the 90 Day Fiance star held for Larissa might be long gone these days. Soap Dirt reported that Colt joined Fanbound and advertised shout outs, cards, and even his “unused wedding invitations.” That sounds like he’s moved on from Larissa permanently. And, he’s  charging “a whopping $75 apiece.” But if that sounds bad, he’s now selling Larissa’s wedding dress as well.

Larissa’s wedding dress for sale at a huge profit

Colt’s not shy to make a profit it seems. The @90dayfiancenews account on Instagram shared some screenshots from Fanbound on Wednesday. It shows the dress for sale. There, it’s described as  “a piece of television memorabilia.”  The description elaborates with, “the one and only famous wedding dress worn by my ex-wife.” And, he wants $500 for it. @90dayfiancenews wrote, “Season 6 Colt Johnson is selling Larissa’s wedding dress. What would you do if you had your ex’s wedding dress?!”

Well, loads of 90 Day Fiance followers chipped in their thoughts. One common theme seemed to relate to the profit Colt’s making if he sells it. One follower mentioned, “The wedding dress was used to begin with, Larissa bought it from Goodwill I think for around $25.00 now this clown is asking $500.00 for it! I oh ta not his dress to sell it belongs to Larissa!!!”

Several 90 Day Fiance followers suggested Colt should rather burn the dress – rather like a Viking funeral, perhaps. Others felt that it’s Larissa’s dress and he should give it to her. Mind you, knowing Larissa, that fiery Latin temperament might see it shoved somewhere uncomfortable if he did that.

What do you think about Colt advertising Larissa’s wedding dress for sale at such a huge profit? Do you think it’s wrong? Sound off your thoughts in the comment below.