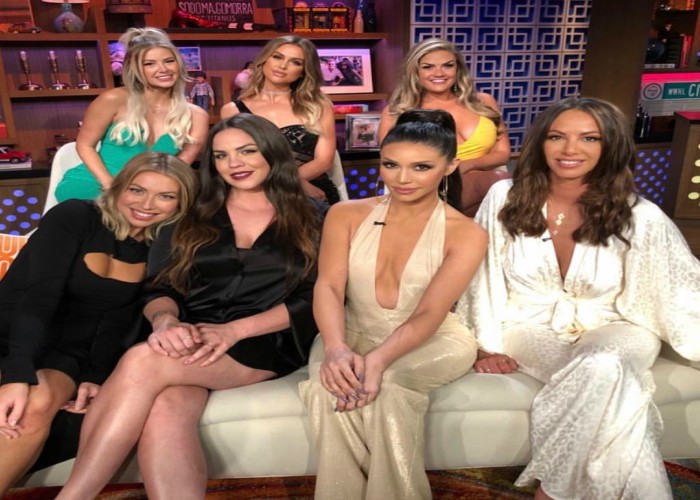 The cast of Vanderpump Rules has grown up since the show first aired in 2013. More than half of the original cast members are married or engaged. Stassi Schroeder, Brittany Cartwright, Katie Maloney-Schwartz and Lala Kent have all discussed wanting children ASAP.

Scheana Shay, who has been married and divorced while on the show, dishes on the baby fever.

Hollywood Life recently asked Scheana her thoughts on who will have the first VPR baby. Her answers may surprise you. The Good as Gold singer quickly chose Stassi as the first to be a mom. Stassi and Scheana haven’t always gotten along, but says Stassi is “very happy.”

The co-star Scheana thinks will wait is the only one constantly under baby watch by fans. According to Scheana, Brittany wants to enjoy newlywed life a little longer.

“I think she just wants to enjoy being married a little longer and the year’s over in a couple of weeks.”

Stassi and boyfriend, Beau Clark, got engaged in July of 2019. After touring several options in Europe, the couple settled on a wedding in Rome, Italy. A popular month was chosen for the event, which will be filmed for Vanderpump Rules.

Lala, on the other hand, will have her wedding in April. Breaking from Housewife tradition, the wedding will not air on the show. However, several of her VPR co-stars will appear in the wedding party.

Will Scheana Move In with New Boyfriend?

As VPR fans know, Scheana has a new man in her life. Brock Davies is a former professional rugby player whom Scheana has been dating for three months. When Hollywood Life asked if the new couple plan to move in together, the reality star said not anytime soon.

“We’re on the same page, but I mean, it’s only been three months, so not moving in together anytime soon, but I don’t know, maybe when our leases are up.”

The new cast members are Danica Down, Dayna Kathan, Max Boyens, Charli Burnett and Brett Caprioni. According to Reality Tea, both Tom and Ariana named Dayna as their dream hook-up.

However, Scheana says the new cast members are the ones causing most of the drama. Check out the trailer for the upcoming season.

Vanderpump Rules returns to Bravo with Season 8 on January 7, 2020.