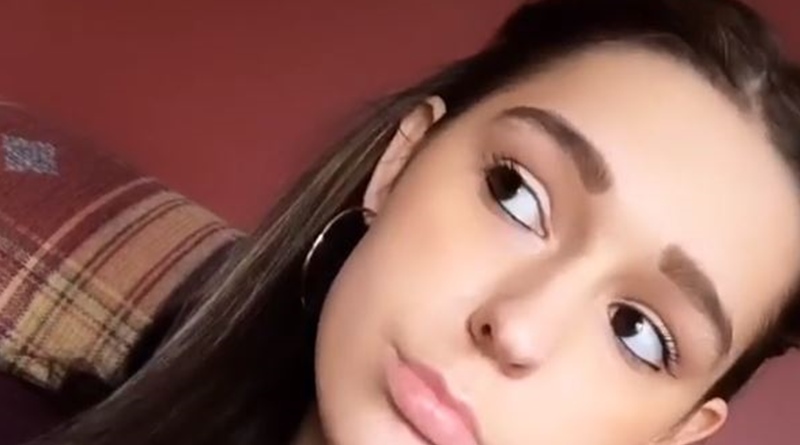 Unexpected star Hailey 2 remains quite candid about her pregnancy by Matthew Blevins. Despite telling off trolls and haters, at least she updates on her pregnancy. News that she’s expecting came out at the Reunion for the TLC show. Actually, the baby’s due in 2020.

Hailey 2 can’t seem to decide if Matthew’s part of her life or not. So, fans are not sure how involved he is with her at the moment. Fortunately, she gave fans a new 23-week pregnancy update.

TV Shows Ace reported ten days ago, that Hailey opened up on a “Q&A on Instagram” about her baby. During that Q&A, it emerged that Hailey gets loads of questions and lots of hate. So, she carefully checks which questions she wants to answer. She told her fans that she always wanted “a boy,” and confirmed her baby’s a little male. Plus, she and Matthew never really made a final name choice yet.

But, we don’t know for sure how much input Matthew gets on the new Unexpected baby. The Ashley’s Reality Roundup noted that they split a number of times, got back together, and split again. The latest report from them says that Hailey says the couple is “nothing but toxic.” Apparently, Hailey’s attending therapy to help her right now. The baby, unplanned, seems very stressful for her.

Normally quite vocal, this time, the Unexpected star let her tummy do the talking. On her Instagram, Hailey shared a short video of her tummy as she turned around for the camera. That’s definitely a well-defined baby bump now.

While she’s got many haters, some loyal fans love her and show genuine interest in this new baby. One fan said, “You look so good!! I’m so glad you are taking time to work on yourself and focus on that beautiful baby inside you!! You are doing awesome!”

Anther TLC follower noted, “Awww your due date is April 15th like mine then I’m 23 weeks today too.” And, a polite fan asked her, “Ahhhh that baby belly love seeing your updates @get_like_hailey. May i message you i would love to at least send you a card.”

Well, that card would probably need to be electronic. No doubt, Hailey won’t give out her actual physical address, as she even got death threats.

What do you think about Hailey 2 being very candid about her baby? At 23-weeks, it’s not that far off until we hear about the birth of her child. Sound off your thoughts in the comments below.

Remember to check back with TV Shows Ace often for more updates about the Hailey 2 of TLC’s Unexpected.