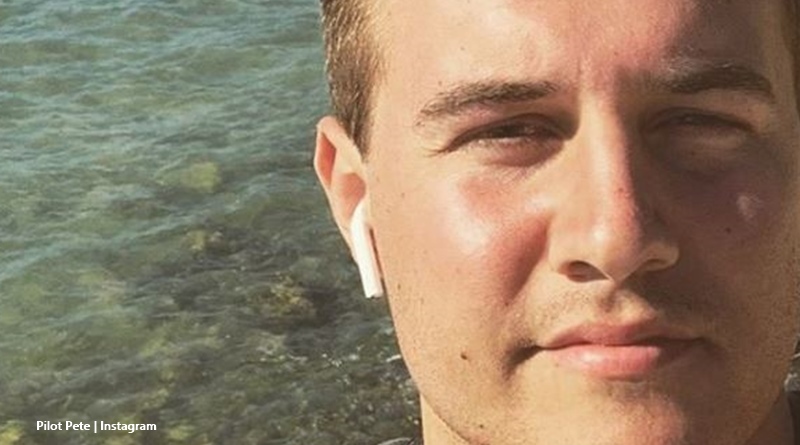 The Bachelor returns in January 2020 and Pilot Pete (Peter Weber) has 30 women contesting for his heart and rose. Now at home after filming, he took to Instagram and shared a photo of him chilling at his mom’s place. With lots of reflective glass in the background, fans zoomed in hoping to see a girl in the same room.

TV Shows Ace reported that Pilot Pete arrived home from filming his season with ABC in late November. We noted that he jokingly said he told his doggie about all his adventures. Since then, he’s keeping really quiet about the show itself, being careful not to let any spoilers slip. But, it looks like he’s enjoying just chilling a bit after what he described as “two months of the most insane journey ever.” And, as you can imagine, 30 women all fighting for a guy really has to be exhilarating and quite exhausting.

Daily Mail UK reported that pictures came out of Pete posing with all 30 of The Bachelor contestants. All lovely women, the outlet noted, “All of the ladies are dressed in cocktail or formal wear, with none opting for a quirky get up, as some have in years prior.” Meanwhile, Peter looked dapper in a black tux and bow tie alongside the gown clad ladies.” Naturally, fans are keen to know who won his heart. So, they look out for spoilers in his photos.

Taking to his Instagram on Monday, Pilot Peter posted up a photo of him just relaxing at home. He’s with another guy – Chris Harrison from the Bachelor Nation. Peter captioned it with, “just chillin at my Mom’s house.” But, as the photo shows him with no shoes on, he added, “Disclaimer: my mom washes my socks, they’re clean.” The Bachelor fans scoured the reflections from the glass to see if they also had a girl in there.

Well, they did spot someone, but it’s not the new woman in Pilot Pete’s life. It’s his mom, by the looks of it. She looks busy in the kitchen. One fan said, “Shamelessly zoomed in on the reflection looking for a girl’s face 😂.” They weren’t alone. Another person noted, “so am I but can’t see anyone. Ugh.” And, yet another The Bachelor fan said, “I did the same 😂😂.” But one follower who saw a woman in the background wrote, “I think I see your Mama rockin an apron.”

What do you think about fans zooming in to try and spot a girl in Pilot Peter’s photo with reflective glass? Do you think it’s quite funny that if there is someone there, they actually look like his mom? Sound off your thoughts in the comments below.

Remember to check back with TV Shows Ace often for more news about Peter Weber’s The Bachelor.