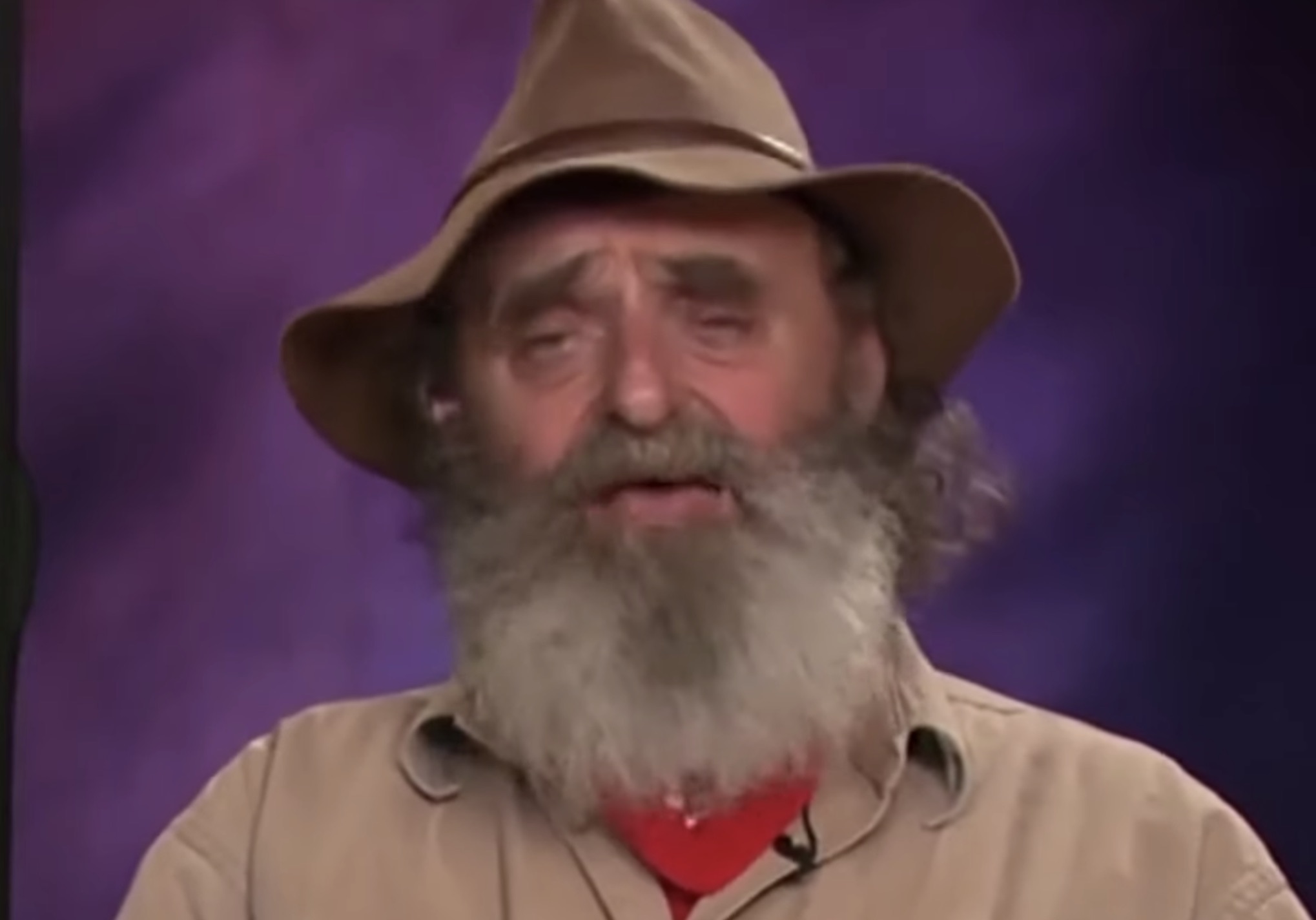 News, Reality TV
Share on Facebook
Share on Twitter
Share on Pinterest
Share on LinkedIn
On Tuesday, Mountain Monsters fans around the world got the sad news that John “Trapper” Tice passed away on Monday night. This is quite a shock, as John was a very fit man. His main occupation was hunting legendary monsters. That takes a lot of exercise and stamina. Now, fans are sharing their condolences for the founder of the AIMS team. What are the circumstances surrounding the popular reality star’s death?

John ‘Trapper’ Tice Dies At The Age Of 72

Mountain Monsters fans are in shock and are in mourning. John Tice, better known as “Trapper,” died on December 16. The death of the Mountain Monsters star was sometime in the middle of the night. Although he had some health issues, fans always assumed that this fit, former veteran would pull through. As fans thought he died a few years ago, when he was injured, many assumed he would pull through a second time.
The Travel Channel, where Mountain Monsters airs, posted a tribute to Trapper on Facebook. “We are sad to hear about the passing of John “Trapper” Tice, a founding member of the AIMS team and star of Mountain Monsters. Our heart goes out to his family and friends.”
As John was described by TV Overmind as a “private person,” very little is known about him or his family. His daughter posted to Facebook. We also know he has a son that resides in Puerto Rico. His personal wealth was estimated in high-six figures.

For the past couple of years, Trapper had some serious health issues. Earlier this year, TV Shows Ace reported that he announced that he would not appear on Mountain Monsters Season 6 due to health issues. These were not minor health issues. He explained that he “developed a serious blood clot in his leg.” This nearly killed him in the past.

But, he understood that the end was near. He announced: “I’m facing up to dying. I got to. That’s what’s happening to me. I’m dying.” The reality star shared that he was not afraid of death. He shared that he never “worried” about dying. Trapper believed that you had to “face up to this fact.” After dealing with his health issues, he said it taught him “you’re only here so long.”

Our hearts are aching after the loss of our dear friend and founding member, John “Trapper” Tice. May he rest in eternal peace. ❤️ pic.twitter.com/6qVgIGVjZW

Trapper Had Many Accomplishments

John Trapper Tice lived a full life. Trapper had many talents including hunting, mountaineer, veteran and of course, the leader of the Appalachian Investigators of Mysterious Sightings. He learned a lot of his skills as a Vietnam veteran. There, in the wet jungles of Southeast Asia, he learned how to track, and other survival skills that eventually helped him hunt down monsters.

Trapper led a group of accomplished marksmen to trapeze around the Appalachian Mountains in search of some legendary monsters and beasts such as the Grassman Mothman, Bigfoot, Wolfman, Sasquatch, Chupacabra and Wampus Beast.

TV Shows Ace had previously analyzed whether the work that Trapper and his team were doing was fake or not. Whatever the case, fans loved John Trapper Tice and are mourning him today. Rest in peace Trapper.

Mountain Monsters airs on The Travel Channel. Be sure to check back with TV Shows Ace for the latest reality TV news.