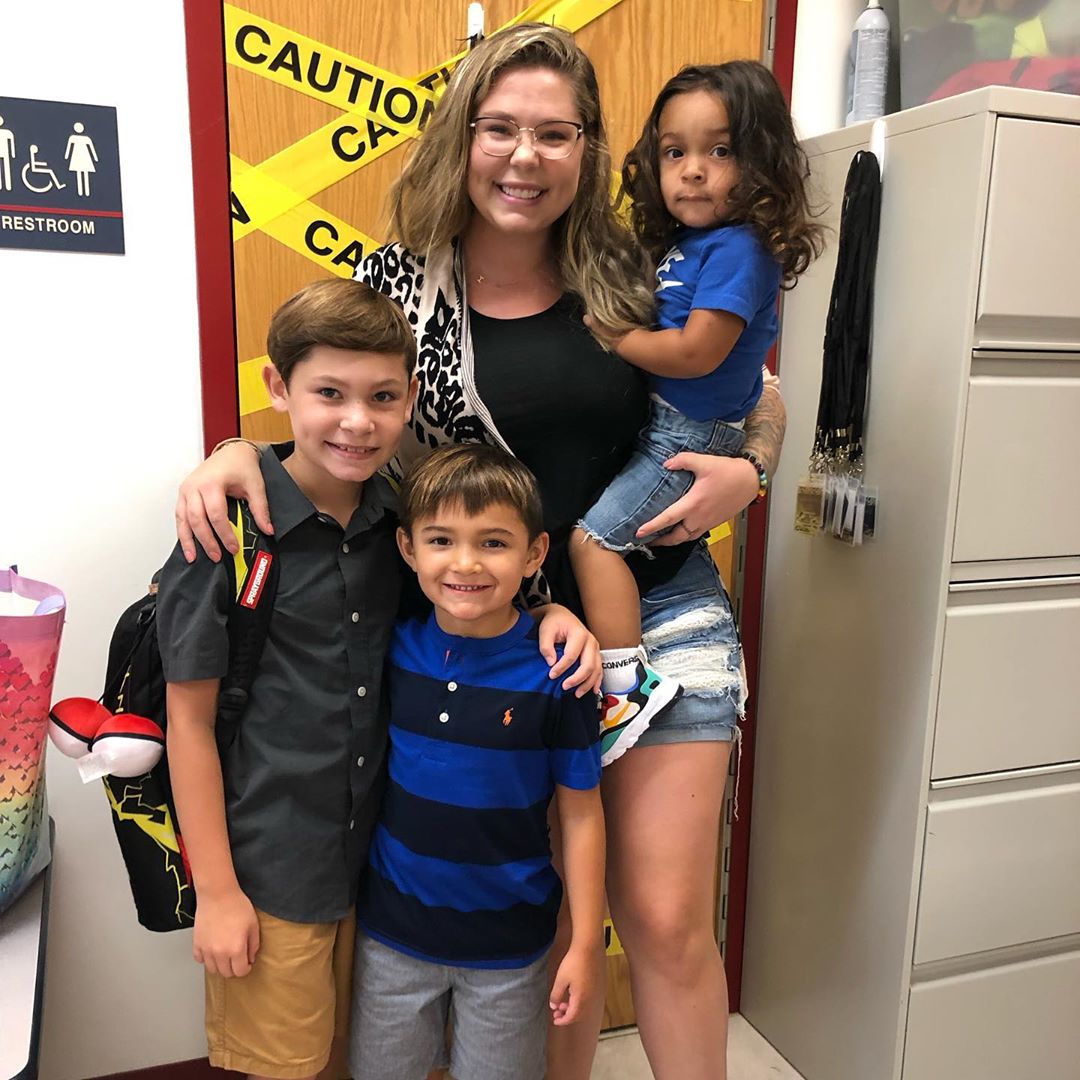 Just as Kailyn Lowry’s podcast got started, it’s had to go on hiatus. And this isn’t because of Christmas coming up. While most networks are taking winter breaks, Lowry and her podcast co-host, Lindsie Chrisley, have been forced into going on hiatus.

The Teen Mom 2 star and her co-host took to Twitter to update fans of Coffee Convos, sharing that she hopes the podcast will return in January but right now a break is a must. She ended the post stating that legally this is all she is allowed to say. This is something she reiterated in interviews after the podcast update, according to The Hollywood Gossip.

Since she mentions that this is all she can legally say, it’s clear that there are some legal problems. The question is whether these are Kailyn Lowry’s legal problems or not.

Suspicion on Her Co-Host

The majority of fans don’t think that Lowry has anything to do with the legal issues. Nor does it sound like it’s going to be linked to the podcast topics or marketing. It’s possible that it’s linked to her co-host, Chrisley.

The daughter of Todd Chrisley, the family has faced with legal issues in recent months. Todd is currently under investigation for tax evasion, and allegedly blackmailed his daughter with a sex tape if she didn’t lie for him.

Of course, despite fans bringing up the possibility, neither of the podcasting partners has confirmed or denied suspicions. That’s not all that surprising. Even if they wanted to, they are legally not allowed to.

Due to circumstances beyond our control, we're not able to record our show at this time.

In the mean time, please stay tuned for exclusive content on our social media channels.

We’re looking forward to being back in your ears in January! 🎧

According to the Coffee Convos hosts, the podcast will return in 2020. Kailyn Lowry mentioned January, but there’s no guarantee the legal troubles will be over. They will need to work with the current situation and make their way back to the mics as soon as they can.

However, there are full plans on coming back. This isn’t where or how the two wanted this to end. Until then, it sounds like they’ll try to bring exclusive content to the podcast social media channels, but the two hosts just aren’t allowed to record any more episodes.

Right now, Kailyn has her hands full anyway. Just recently, she adopted a new puppy, Karma. There’s certainly been plenty of mudslinging as fans attack her for cropping the Cane Corso’s ears, something the Cane Corso Association of America advocates for.

What do you think about Kailyn Lowry’s podcast? Share your thoughts in the comments below.