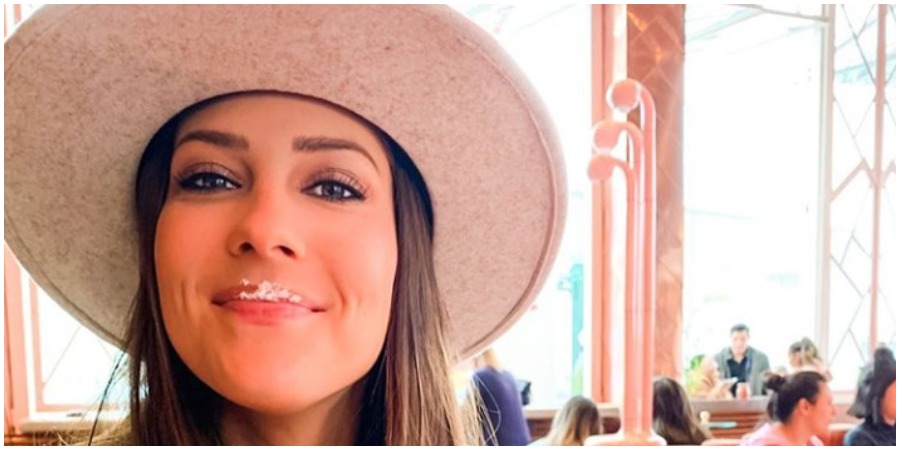 Former Bachelorette , Becca Kufrin, still has some secrets to share. If you’ve ever wondered what happens to the large Neil Lane engagement rings contestants get when they get engaged, now you can know.

Thanks to Cosmo and Becca Kufrin we can now use the term, ‘ring graveyard’ in our vocabulary. On the Bachelor Party podcast, she said they keep the rings locked away and, “hidden from everyone-all the scorned rings.”

Love from MN. @gy_yrigoyen and @missminnothecorgi fit right in, don’t they?

Becca Kufrin And Chris Harrison Say They Get Taken Away

In the past Chris Harrison has talked a bit about this. He said, “there’s some rule, after they are together a certain number of years, you get to keep it.” If the engagement doesn’t last, or they break up the rings are taken back. Most likely with a ring that valuable it’s written into the contracts.

Some of the rings are valued at $100,000 and more. Becca Kufrin got to see two of those rings. The first was from The Bachelor, Arie Luyendyk who proposed to her when she was given the final rose. They later broke up and she returned the ring.

Yrigoyen and Kufrin Travel A Lot

She said, “I didn’t want a pity diamond,” according to US Weekly. According to her, the diamond would have been returned anyway, because they only keep them when the relationship works.  Becca Kufrin said she told the producers they should auction them off. People would probably pay good money to have the proof love doesn’t always prevail on their shelf. She got a second ring on her season of the Bachlorette where Garrett Yrigoyen proposed to her. Becca said they didn’t get her size ahead of time so the ring was huge.

She had to get it resized. Becca joked on the podcast she had it insured right after she got it. The ring graveyard is a special place ABC keeps the disgraced rings. Becca and Garrett haven’t gotten married yet, right now they are just enjoying traveling. She said, “It took a while for me to feel like this is home, but I’m finally getting settled and we just added a dog.” Kufrin said now it feels like home. Like a lot of couples who got together through Bachelor Nation, the two are taking their time getting to the alter.

Don’t miss catching Peter Weber as The Bachelor when it starts airing in January of 2020 on ABC.