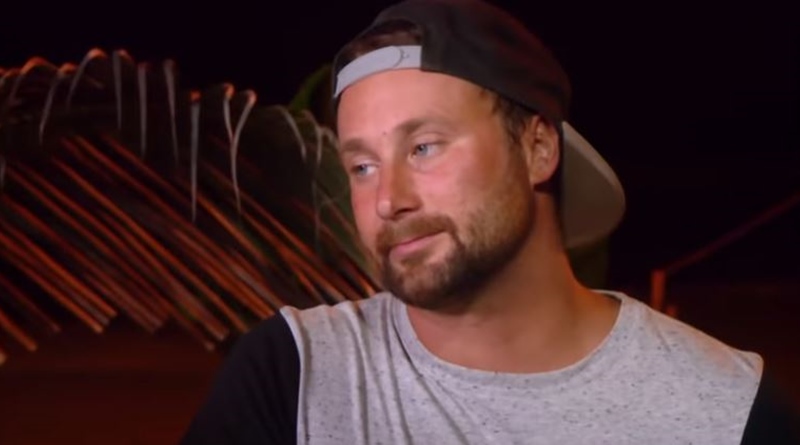 90 Day Fiance: The Other Way Tell All aired and we saw Corey Rathgeber critical of Ronald Smith and others. Fans were taken aback as they always thought of him as being a nice guy. But, it’s possible he just did what the producers wanted. What we do know, is that he’s been away from Ecuador ever since by the looks of it. Now, fans wonder if he’s back and if he’s with Evelin.

TV Shows Ace reported that Aladin basically dumped Laura on national TV. But, that was not the only shock that night. People who watched the show can recall that Corey got a huge and nasty surprise when he and Evelin had their segment on the Tell All. First, Evelin “forgot” to wear her ring. And, then, Evelin’s ex – Raul pitched up in the video call and basically told Corey he was keen on his girl. Corey got very distraught and fans thought that was the end of it.

But, a recent post by Corey got fans of 90 Day Fiance wondering again, if they remain together, or split. Many people think he’s not in Ecuador as he posted pics of his himself in the USA and Canada. And, Heavy noted that “both reality stars have been relatively quiet about their relationship.” But he went onto Instagram on Monday and shared a photo of Ecuador. So many people thought the photo must be old. But, others argued and claimed it’s new. So what’s going on with Corey?

The photo of Ecuador that Corey Rathgeber posted on Instagram

The picture that Corey posted now, shows him looking quite thin. Remember, Evelin told him to trim down and get a six-pack? Maybe he did. Anyway, he stood with his back to the camera, with a view of the sea below. Corey captioned it with, “Embrace today with open arms. Never forget the great experiences life has given you and look forward to new ones to come!” Many fans thought it was an old picture.

Plus, interestingly, Corey said to Raul, who claimed he took the picture, “oh yeah your right years ago. Looks awesome! Thanks, amigo.” So, fans assumed it’s an old picture and Corey’s not there now. One 90 Day Fiance follower, assuming it’s an old pic said, “just based on how he responds to things…he hasn’t been to Ecuador in quite awhile. All the videos and pictures they post are not together.” Others just asked him straight up if he’s in Ecuador now. He never answered them, but other fans of the show said that he is, indeed there.” So, where did they get that information?

Is Corey in Ecuador with Evelin? Where did fans who think he is, get their information from?

While the majority of 90 Day Fiance fans took it as Corey not being anywhere near Ecuador, those fans who said he is, were very emphatic. So, how do they know this? Well, we know, and those fans know, that Evelin did a live interview with blogger John Yates on YouTube. John shared about it on his Instagram. So much tea got spilled, that it’s actually mind-boggling. And, many fans reviewed their formerly scathing opinion of Evelin after watching it.

The bit about Corey being in Ecuador showed Evelin talking about Laura. According to Evelin, Laura’s still in Ecuador where she lives in a very nice apartment. Evelin and Laura don’t talk anymore as allegedly, Laura’s trying to break them up. Corey is in Ecuador, and he looks after the dogs while Evelin’s in Panama. She also said that Corey will soon post proof about ownership of the property so people can find out that she never stole anything from him. Evelin also said they shot some footage for 90 Day Fiance that we’ll see next year.

What do you think about Corey Rathgeber being back in Ecuador at the moment and shooting for the show? Are you surprised that Evelin noted Laura seems to be trying to break them up? Sound off your thoughts in the comments below.

Kylie Jenner Showed Up NAKED To NYFW, But Is A No-Show At Met Gala
‘Pretty Smart’ Netflix Release Date & What To Expect
Farrah Abraham Shares Cryptic Quote, Reveals Being Ready To ‘Release Negative Thoughts’ Of Her Past
Netflix Movie ‘Heart Of Stone’ With Gal Gadot: What We Know
Panicked Courtney Waldrop Seeks Advice As Eric Leaves Her Alone