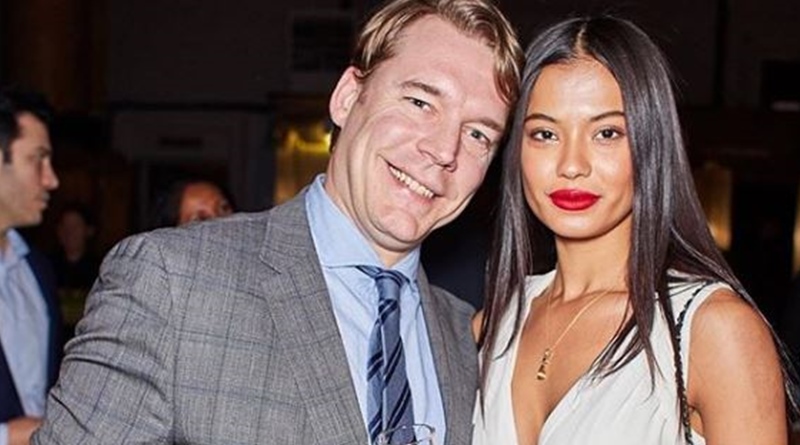 90 Day Fiance‘s Juliana Custodio and Michael Jessen get a lot of criticism from fans. She’s much younger than him and not much older than his son. She came from poverty, became a successful model, and fans think Michael used his apparent wealth to lure her. But now they plan to adopt two kids from Brazil.

TV Shows Ace reported Juliana mentioned on an Instagram Story this month, that she’s quite estranged from her own family. She noted that the “last time my mom texted me was five months ago.” That, plus her husband being vilified by TLC’s edits can’t be a nice situation. But, she draws some comfort from the fact she and Michael’s ex get on okay.

As we saw in the recent 90 Day Fiance episode, tears came during their negotiations about their prenuptial agreement. Taking to Instagram Live, Michael went off at TLC, feeling that they don’t actually reflect the real situation between the couple. And, one thing that upset him seemed to be the Pillow Talk show, and how misrepresentations make them look stupid.

Repost from @julianacustodiooo using @_repostplus • I just wants to share how much I love this man, and so many sacrifices he made just to be with me,isn’t fair he being attacked just for what people seem on tv,the fact that I haven’t been smart with my own stuff have nothing to do with him, he doesn’t deserve all this hate, he is a prince , I’m so happy that on the real life he is the most amazing human being I have ever met and has a beautiful soul, love you #90dayfiance

Toward the end of his rant about TLC, the 90 Day Fiance star mentioned a family update. They plan on adopting two kids from Brazil. Heavy reminds us that Michael’s actually very well off financially, so certainly, they could give the kids a good life. The outlet noted, “it’s clear that the reality star isn’t hurting for money.” Actually, if he gives two kids a new life, some fans think that’s a very nice thing to do.

And these kids aren’t strangers to Juliana. In fact, the impoverished kids are her niece and nephew. The kids, aged just eight and six, will soon be living with their Aunt Juliana by the looks of it. Michael added that their lawyers already work on it. Michael and his ex-wife share custody of their kids, Maxwell and CeCe Jessen. He bought a nice big new home for the kids and Julian, so there’s space for them.

How will son Max and daughter CeCe take to the adopted siblings?

90 Day Fiance fans noted on Twitter that Michael’s kids seem very sweet and nice. In fact, they think these two are the most level-headed members of the cast this season. One fan noted, “Max and CiCi have more sense than Julianna.” Meanwhile, another said, “Max and CeCe are the only people to ever do research on the other person’s culture in #90DayFiance history.”

#90DayFiance
Can Max and Cee Cee explain what a pre nush agreement is to Juliana. They’re closer in age and can better understand each other. pic.twitter.com/iyAa3se7We

So, probably the youngsters will take to new siblings in their lives. Well adjusted and bright, hopefully, it all goes well. What do you think? Are you surprised that Michael Jessen and Juliana plan on adopting two kids from Brazil? Sound off your thoughts in the comments below.