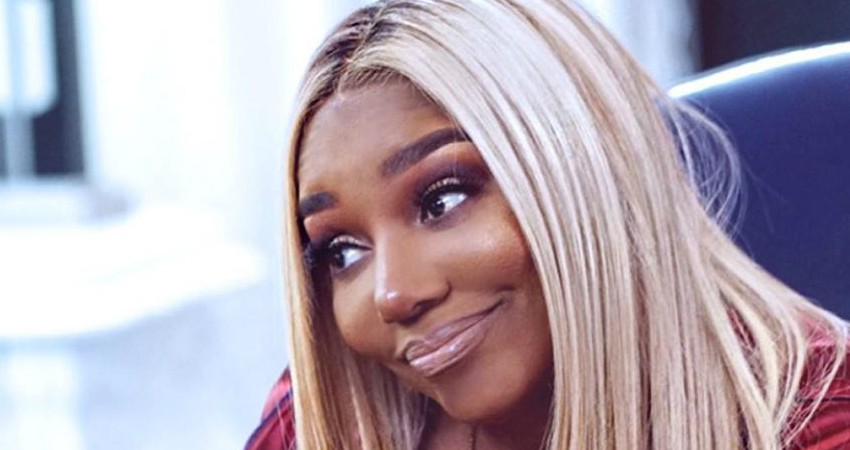 The Real Housewives of Atlanta star NeNe Leakes may be giving up her peach again. NeNe is an original cast member of the Bravo franchise spin-off. However, she didn’t appear full time during season 8 and 9 of the show. NeNe also didn’t appear in a handful of Season 12 episodes due to contract negotiations.

The reality star recently opened up to Reality Blurb about the chances that she’ll return for the next season. As fans know, NeNe is getting it from all sides this season. The former Dancing With The Stars contestant has a strained friendship with former bestie Cynthia Bailey.

NeNe Reveals Who is NOT the Snake of RHOA

During a recent appearance on Good Morning America, the RHOA star teased host KeKe Palmer with details about the “snake” of Season 12.

Someone recorded Cynthia bad-mouthing NeNe and then played it for NeNe. The speculation of who is the “snake” is the topic of gossip blogs, viewers and the RHOA ladies themselves.

Many people suspect NeNe’s sidekick, Yovanna, or her ride-or-die friend Marlo Hampton. However, NeNe doesn’t think either of them betrayed her. The reality star considers them to be as up-front as she is.

Uhhh, well let me just say, Marlo is not that girl, either. Marlo is pretty much like me. We gon’ just go and bite ya, baby. You ain’t even have to worry about it.I’m telling you, you can kind of look at the show and tell who is going to be the one that’s really in your face, and they will do it not behind your back. So the person that did this was more behind the back. Me, I just gon’ ahead and tell ya, girl, ‘Look, this is the recorder. Now, what’s goin’ on?'”

One constant complaint NeNe has had the last few seasons is that the show doesn’t show the ‘real’ Cynthia. The former BFFs had a falling out over whether Cynthia lied about inviting Kenya Moore to an event or not.

Cynthia told NeNe that she had no idea her nemesis would be attending. However, she was later caught on a hot mic remarking that she had to ‘pretend’ to be surprised by Kenya’s appearance at the event. Her friendship with NeNe never recovered, though they do their best to remain civil.

The perceived unfairness has NeNe on the fence about returning next season. The RHOA star says it depends how the rest of Season 12 plays out.

I really don’t know that. I never really know what I’m doing until the season is over and we talk about it.”

Tune in RHOA TONIGHT and watch these girls slander me per usual. Like i’ve have become a punching bag for them and others at this point for real. If they didn’t talk about me, what the hell would they talk about! Oh i forgot EACH OTHER like they already do @bravotv 8pm

Would NeNe Attend the Wedding of RHOA Co-Star?

As fans know, Cynthia’s wedding to sportscaster Mike Hill is in 2020. If NeNe is invited to the nuptials, she says that she would attend, “sure.”

Season 12 of The Real Housewives of Atlanta continues Sunday nights on Bravo.