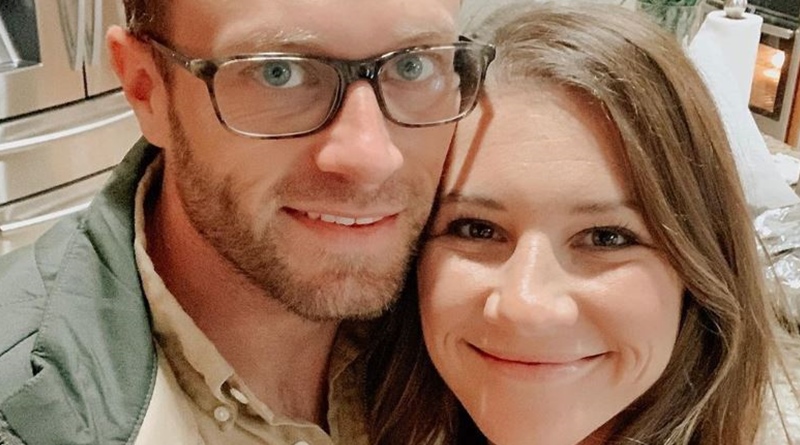 OutDaughtered on TLC brings the quints, big sister Blayke, and parents Danielle and Adam Busby. This year, with the quints now four-years-old, it looks like the whole family gets into the Christmas spirit. Just a few days ago, they all had a wonderful time and thrilled fans at the League City Christmas parade. Now, Mimi took three of the girls out for Christmas shopping, leaving Danielle behind to play with the rest. She shared a photo, but it came with a startling and creepy photobomb.

OutDaughtered – Danielle Busby and the family get into the Christmas spirit

TV Shows Ace reported that last week, the Busby family all went off to the League City Christmas parade. There, excited fans got to see them all as they rode in the back of a truck. The announcer told everyone they were there as “celebrity marshalls.” Everyone had a good time, especially Riley who spoke a bit into the microphone. Now, Danielle said that Mimi took three of the girls out for Christmas shopping.

That sounds like fun, as in previous years the quints were a bit too young to enjoy that sort of outing. Actually, seeing the girls grow up a bit is fun and much better than when they still needed potty training. Cheatsheet reminds us that was a particularly torrid time for Danielle. At least now they can go shopping without one of the quints doing their business in the store. Blayke, Ava, and Hazel went out with Mimi, leaving Danielle with Riley, Parker, and Olivia. Danielle decided to let them play some games.

Reduced to just three energetic little tykes, Danielle took to her Instagram to share a fun afternoon with the other girls. She captioned it with, “Sunday afternoons are best spent playing board games! Mimi took Blayke Ava and Hazel out Christmas shopping and Me and the other three are playing ❄️Frozen Memory and Dominos! This Wonder Forge Frozen 6 games 1 is awesome!!! Great gift idea if you need something for a 4yr old!”

The cute picture showed Riley and her sisters playing nicely together. Behind them hung the Christmas stockings. The home’s decorated for the season. But, the OutDaughtered mom caught something creepy in the photo that fans noticed straightaway. Some of them did a double-take, and we can admit to zooming in to make it out. At the back of the room, there’s a cupboard that looks like it’s stacked full of board games. But, there’s something that looks creepy in there.

Who’s in the cupboard?

While other OutDaughtered fans also admitted they thought the same thing, Danielle never told them what it was. Zooming in close it looks like some sort of big doll with black hair. That doll thing or whatever it is, looks like a person. One fan noted, “Seriously thought there was a kid in the cabinet.”

Sunday afternoons are best spent playing board games! Mimi took Blayke Ava and Hazel out Christmas shopping and Me and the other three are playing ❄️Frozen Memory and Dominos! This Wonder Forge Frozen 6 games 1 is awesome!!! Great gift idea if you need something for a 4yr old! #frozen #boardgames #wonderforge #itsabuzzworld

What do you think about the Christmas pic that Danielle Busby shared that got photobombed by a creepy thing in the cupboard? Sound off your thoughts in the comments below.