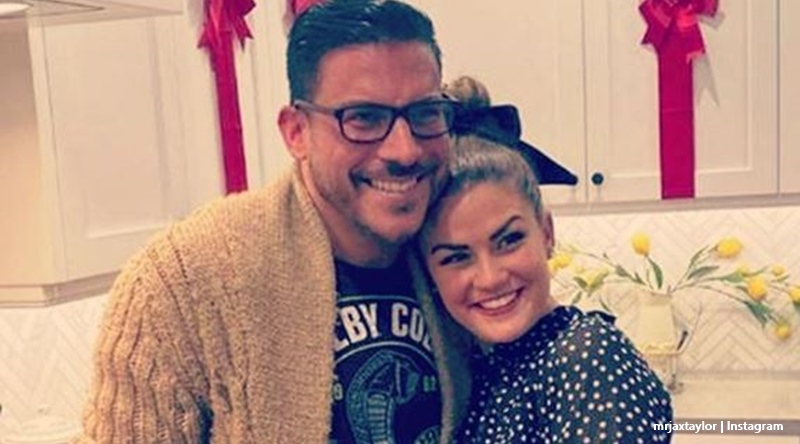 VPR star Jax Taylor’s known for aggressively blocking people who annoy him on his social media. Nothing gets to him more than those who draw conclusions without knowing all the facts. Assumptions make him so irritated that often, the offenders end up with a tongue lashing and getting blocked. Now, he slammed a follower who assumed he drove while high.

VPR – Jax Taylor went to the grocery store, admits he was ‘stoned’

TV Shows Ace reported before, that Jax gets really intolerant with people on social media. Jax took to Twitter this weekend to share quite a funny story. He said that he went off to the grocery store to pick up something. But, he forgot what he went for. In his tweet, Jax noted, “When you’re stoned and your wife sends you to the grocery store for ONE thing and you forgot what it was. #truestory.” He also tagged his wife Brittany Cartwright.

Not long before that post, the Vanderpump Rules star shared another post that said, “My whole life I was told not to trust strangers, now they are picking up my laundry, drive me around while I am wasted, and deliver my @tacobell.” Many fans laughed and joked about Jax going to the grocery store stoned, forgetting his mission. But there’s always someone around to annoy the Bravo star.

When you’re stoned and your wife sends you to the grocery store for ONE thing and you forgot what it was. 🍁🤷🏻‍♂️ #truestory @BNCartwright pic.twitter.com/sHE1N00wpc

Follower snipes at Jax for driving while high

As Jax already shared about being driven, no wonder he grew totally irritated with someone who got in his face about driving while high. And, there’s no evidence that he did drive himself anyway. Actually, by accusing him, the follower alleged something really serious. Superlawyers noted, “If police suspect use while driving they will treat it like driving under the influence of alcohol—a very serious offense.”

Jax reacted to the criticism by posting, “Who said I drove? Stop jumping to conclusions. You are exactly what’s wrong with the world jumping to shut befre you know what the hell you are talking about and now your blocked. Learn your lesson (sic).” Well, a few grammar police were on hand to correct his spelling. But other VPR fans also commented on Jax going to the grocery stoned.

Who said I drove? Stop jumping to conclusions. You are exactly what’s wrong with the world jumping to shut befre you know what the hell you are talking about and now your blocked. Learn your lesson. https://t.co/XjR5nDxWzh

What did other VPR fans say about the grocery store?

Meanwhile, other VPR fans with a better sense of humor than the one worked up about driving assumptions wonder what Brittany sent him there for. One fan suggested, “I was trying to figure out what I thought she sent him for. I thought WC at first with the Kentucky ties, but I bet it was the Sprite Zero. That totally could be a southern shopping cart. Biscuits, Cheese, WC, Sodas, Dip. All bases covered.”

Another follower noted, “I love how you have all junk food then throw in a zero sprite. I think the junk food completely ruined it. And ppl get off of it. He wants to stoned let him. Worry about your own mess. You do you!” Yet another commented, “Yum! Good selection!
I wonder what you were SUPPOSED to get?🙃.”

What do you think about Jax Taylor slamming the follower who assumed he drove while high? Do you really wanna know what Britany actually wanted him to get at the grocery store? Sound off your thoughts in the comments below.

Khloe Kardashian Reveals Truth About Relationship With Tristan Thompson: Are They Together?
Kim Kardashian Feeds Tiny Waist With Tacos In Lemon Yellow Bikini
‘Days Of Our Lives’ Two Week Ahead Spoilers: Ciara Returns – Lani & Eli’s Bash Crashed
Whitney & Zach Bates: BIG News On Baby Jadon, How’s He Doing?
Todd Chrisley Talks About People Who Stab Him In The Back