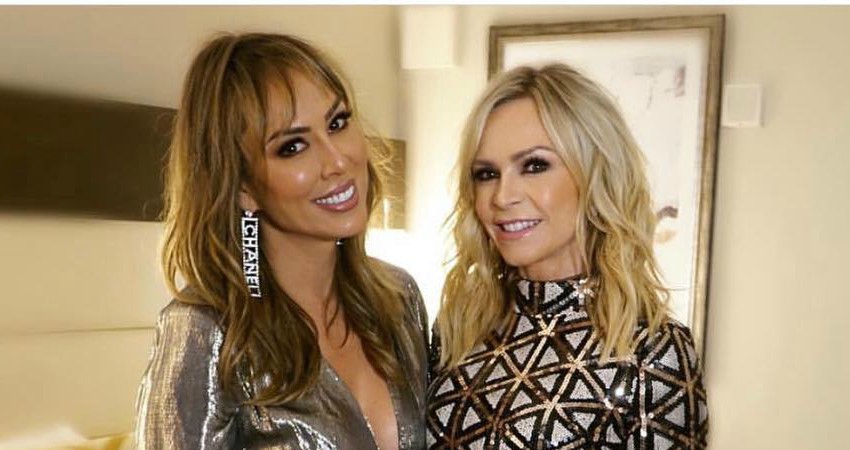 The Real Housewives of Orange County stars Tamra Judge and Kelly Dodd have been feuding all season. The two often take their beef to social media by replying to snarky comments from fans or replying to one another directly.

However, Kelly often tweets, has second thoughts and deletes. When will people learn that the internet is forever? Too Fab was quick enough to grab screencaps of Kelly’s most recent insults and they hit below the belt.

During the December 10th episode, Kelly shades co-star Shannon Beader’s hair extensions during the cast trip to Florida. Tamra even defended Shannon by tweeting that her hair looked “amazing.”

A snarky fan responded that Kelly shouldn’t talk about other people’s hair due to her own receding hairline. Tamra responded in the affirmative with a one-word tweet, “Combover.”

RHOC Star Hits Back By Bringing Up Tamra’s Daughter

Kelly saw the Twitter exchange between Tamra and a fan. To say the brunette spitfire didn’t appreciate the hairline insult is putting it mildly. In a now-deleted tweet, Kelly attacked Tamra’s character and relationship with her estranged daughter.

Tamra never responded to Kelly’s tweet, which means she likely didn’t see it. Both RHOC stars are fierce when it comes to their children. In fact, Kelly was angered earlier this season when co-star Vicki Gunvalson brought up that Kelly’s daughter had yet to meet her fiancé.

What We Know About the Reunion

The RHOC reunion part 1 episode doesn’t air for two more weeks. However, Tamra, Kelly and Vicki have all teased what happens at the reunion.

According to Tamra, Vicki got into it with host Andy Cohen over something. Vicki denies fighting with Andy. Rather, she gave him a piece of her mind about her demotion.

Kelly recently spoke out about burying the hatchet with frenemy Vicki during the reunion. After her insult regarding Tamra’s daughter, it’s safe to say those two won’t be making up anytime soon.

The season finale of The Real Housewives of Orange County airs Tuesday on Bravo. Part 1 of the reunion airs December 18, also on Bravo.

‘Outdaughtered’ The Hard Questions Are Answered With Busby Kids
Constantly Praising Jackson, Tori Roloff Admits She Forgot Lilah
‘Below Deck Med’: Wait, Is Captain Sandy Yawn Retiring From Yachting?!
Wells Adams Will Not Be Taking Over For Chris Harrison
Has Josh Duggar’s Wife Anna Given Birth To Their Seventh Child Yet?