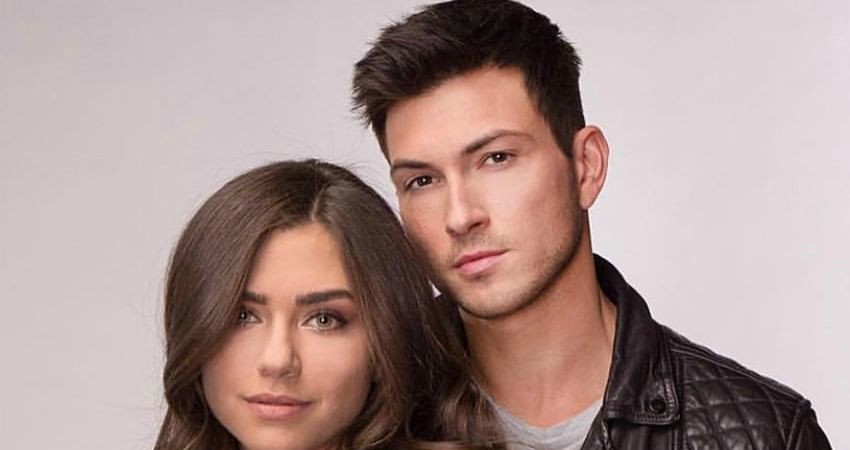 As viewers are still reeling from the shocking cancer diagnosis for baby Mickey, the drama on Days of our Lives heats up. Ciara (Victoria Konefal) and Princess Gina/Hope (Kristian Alfonso) find their plans unraveling.

Meanwhile on DOOL, Kristen (Stacy Haiduk) kicks her plan with Lani (Sal Stowers) in gear by bonding with Gabi (Camila Banus.) What else does the daytime soap have in store for fans this week?

Days Of Our Lives’s Victor Grows Suspicious of Ciara

Ciara convinces her grandpa Victor (John Aniston) that her relationship with Ben (Robert Scott Wilson) is over. Or did she? DOOL’s Xander (Paul Telfer) catches her snooping and warns her to back off.

As fans know, Ben is in jail for killing Jordan (Chrishell Stause.) However, he is innocent of the crime. Ben and Ciara believe that Victor hired Xander to off Ben’s sister and frame Ben for the crime.

The couple thinks their plan is going off without a hitch, but Victor knows a thing or two about scheming. Is Victor starting to second-guess his granddaughter’s loyalty? Too bad Bo (Peter Reckell) isn’t around to tell Ciara how Victor responds to being crossed, especially by family.

Will Asks Sonny for a Divorce

Ben’s cellmate in prison is none other than Will (Chandler Massey.) It seems that Will is responsible for Adrienne’s (Judi Evans) death. He’s married to Sonny, (Freddie Smith) Adrienne’s son. Awkward!

Sonny has been growing closer to the new manny, Evan (Brock Kelly) on Days of Our Lives. The duo were caught by Kate (Lauren Koslow) locking lips, prompting Sonny to visit Will to confess his dalliance.

Will shocks Sonny by asking for a divorce. He feels immense guilt for Adrienne’s death and wants his husband to move on with his life.

Princess Gina’s Lair is Discovered on Days of Our Lives

Residents in Salem are finally noticing that Hope is acting a little odd. Ex-husband Rafe (Galen Gerig) is highly suspicious after Hope’s reluctance in helping Abigail (Kate Mansi) find out who really pushed Jennifer (Melissa Reeves) on her wedding day.

Spoilers indicate that Rafe accidentally discovers Princess Gina’s lair while Stevano (as fans are calling the incarnation of Steve-as-Stefano) is there. Will Princess Gina risk her ruse to protect “Steffy”?

Stevano Ends Up in Bed with a Shocking Person

Chad (Billy Flynn) made the mistake of confiding in Kate that his father has returned to town. Kate is still reeling from being outed as CEO of DiMera Enterprises. How far will she go to get her job back?