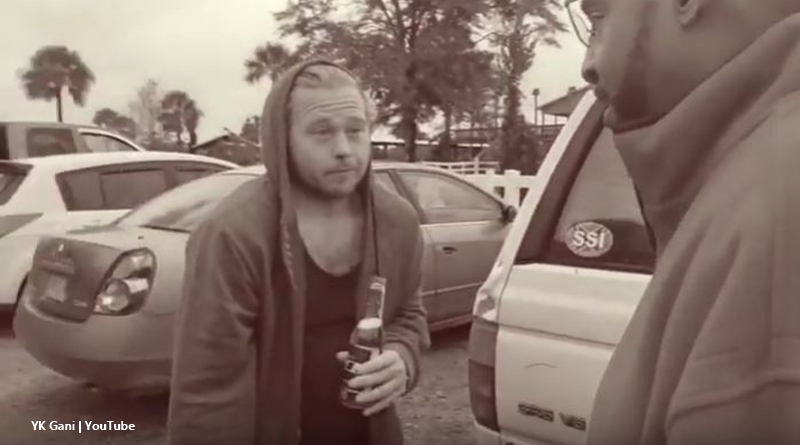 90 Day Fiance: Before the 90 Days showed Angela Deem prepping for her wedding in the USA to Michael. That came back in August. Unfortunately, her limited budget got DJ Doug over at the Cotton Patch snickering a bit. The bit-part character got a lot of good posts on social media, with some fans saying they want a spin-off. Well, it looks like they may get their wish. DJ Doug got contacted by a network for a pilot And, it’s up on YouTube.

90 Day Fiance – a recap of Angela Deem and DJ Doug

Angela Deem went off to the Cotton Patch wedding venue in her hometown. There, for once, we saw someone take the stage away from her. TV Shows Ace reported on it, noting that many fans of the TLC show loved the rough and ready character. Some of them wanted a spin-off for him. In our report we wrote, “he told the camera, ‘Pick your sin and I’ll help you to accommodate it.’ But, he also admitted that as far as African themes go, he might be able to manage to ‘BBQ a goat.'”

Later on, fans also got a lot of laughs when he described 90 Day Fiance star Angela as wanting “caviar and champagne on a malt liqueur budget.” Shortly after that, many memes appeared on social media with people wishing they could see more of him. Starcasm shared about it on their Instagram, and they proposed a spinoff. They captioned the post with, “Nobody else thinking @TLC may have just discovered its latest #90DayFiance spin-off series? #SayIDoToTheVenue: Hazlehurst with DJ Doug!”

The @crazyeyeskm2 account on Instagram shared this weekend that a show might be in the works. They wrote, “Dougie was asked by networks to film a pilot. If accepted he could be offered his own show. The full version of the pilot is now available on YouTube.” Well, over on YouTube, there’s a video titled Dougie Doug Pilot. In the intro, it says, “Requested Pilot from Dougie Doug of 90 Day Fiance: Before The 90 Days entitled “Cadillac Ranch”. Rough Cut. Like + Leave Comments. Requested Doug Pilot.”

The video starring the 90 Day Fiance bit-part actor runs for 25 minutes and shows us the scruffy character we remember. Unedifying things like the state of his kitchen could have people rethinking any catering at his weddings. But, that’s just a part of who he is. He’s still the same lovable, rough-looking guy who looks like he just slept off an all-nighter. But, he’s got entertainment value. People who watched it said they’d enjoy seeing more of him. You can see the video below.

What did you think of the pilot request by a network for DJ Doug that might result in a spin-off show? Sound off your thoughts in the comments below.