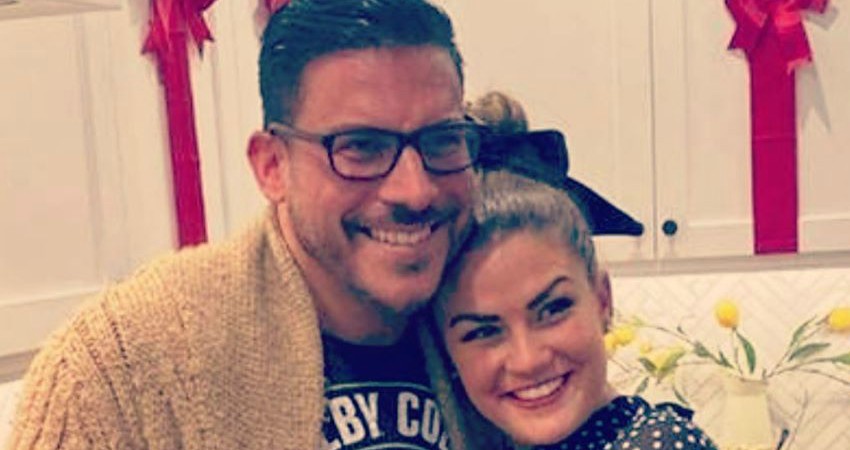 Vanderpump Rules star Jax Taylor loves engaging with his fans on social media. Sometimes he goes too far and engages in feuds with fans or, most recently, celebrity gossip blogger Perez Hilton. However, most of the time Jax’s communication with his followers includes benignly discussing sports or humorously musing on married life.

In a recent tweet, Jax revealed to the world one of his wife’s funny habits. As fans know, Jax and Brittany Cartwright were married over the summer at a castle in her home state of Kentucky. The wedding was filmed and will air on the upcoming season of Vanderpump Rules.

What Vanderpump Rules fans adore about Brittany the most of her relatability. She’s not afraid to call out her husband or co-stars when she disagrees with them.

When hanging out with her friends, Brittany loves to drink tequila and let her hair down. Her personality quickly won both the hearts of playboy Jax Taylor and the fans of the show.

Even Lisa Vanderpump herself adores Brittany.

Out of the blue this weekend, Jax decided to send a tweet to all his followers letting them know about Brittany’s odd ritual for when she comes home.

First thing Brittany does when she gets home before anything else…well she kisses the dogs, but then she takes her pants off..everytime…fellas ya feel me on this?”

First thing Brittany does when she gets home before anything else…well she kisses the dogs, but then she takes her pants off..everytime…fellas ya feel me on this?

Many women replied to Jax in solidarity with Brittany. However, most of them noted that their bra comes off before the pants.

Others posted gifs of ABE’s The Goldbergs character Murray Goldberg taking off his pants as soon as he walks through the door.

Brittany didn’t respond to his tweet about her ritual to clarify if it was done for comfort or more tantalizing reasons.

“Generous” and “giving” are two words that would be the last ones to come to mind about the Vanderpump Rules bad boy. He shocked his social media followers last week by offering to buy a Christmas tree for a follower who was down on her luck.

Once he successfully tracked the lucky fan down, he instructed the rest of his followers to send him a private message if they could use help obtaining a Christmas tree.

So many fans responded that eventually Jax gave up on responding to all of them. Of course, that didn’t go over well with some of the more entitled fans.

TV Shows Ace reports that after fan complaints, Jax clarified that he stopped the giveaway because he was being scammed.

However, it seems that Jax had a change of heart. He tweeted yesterday that a friend of his was taking over collecting addresses and sending out trees.

I have a friend who is taking over, I sent him a bunch of addresses today couldn’t get around too everyone, I am sorry. ✝️💟🎄 https://t.co/TEicOKkeEw

VPR’s Brittany Weighs in on Her Husband’s Generosity

During an interview with E! News about her and Jax’s Kentucky Christmas plans, Brittany opened up about her husband’s generosity with the Christmas tree offers. According to the Southern girl, the idea was all Jax’s, though it seems that he did run it by her first for approval.

We were getting some very sad stories and so he was like, ‘Why don’t we buy a couple of Christmas trees?’ and I was like let’s do it and I just love the fact that he thought about it. It’s like the Grinch whose heart grows three sizes. I’m so proud of him for even thinking about it and he’s not stopping.”

Season 8 of Vanderpump Rules premieres on Bravo on January 7th.