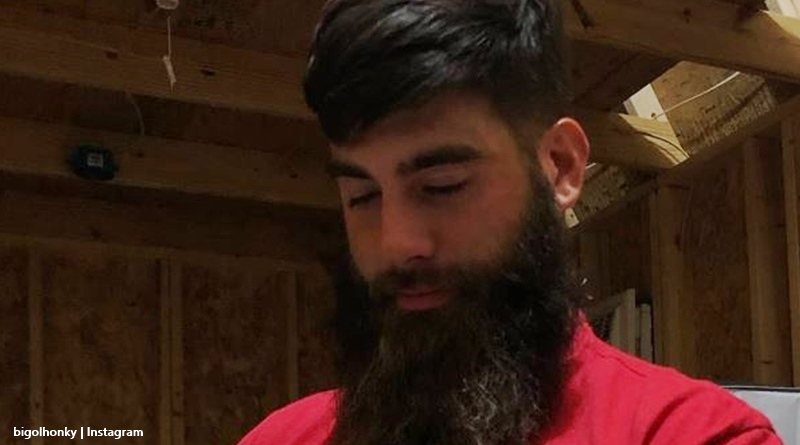 Teen Mom 2 alum David Eason probably struggles a bit for money these days. Jenelle Evans lives in Tennesse since they split. Meanwhile, David stayed on “The Land.” He crafts knives, wooden, and leather goods and sells them on eBay. Now, he could have just got hit in the pocket as he went to court in Nashville and claims his home got robbed while he was away.

Teen Mom 2 alum David Eason struggles for cash, and he got robbed he says

TV Shows Ace reported that David’s loving his new handcrafted business. While he never sold many items, watchers and bidders showed potential for a decent income in the future. Of course, without Jenelle on the MTV show anymore, one can assume he’s quite broke. So, getting robbed could really hurt him even more. He went off to court in Nashville in late November and now claims someone broke into his home and took a whole lot of his stuff.

Popculture noted that it’s “been a turbulent few months” for David and his family. They detailed how he first killed their dog for nipping his daughter Ensey. They ended up fighting for custody of the kids in court. And, then Jenelle filed for divorce. The Teen Mom 2 couple now live apart as “[Jenelle] and the kids had moved away from their North Carolina home.” Even for tough-guy David, a robbery on top of all that could be stressful.

Handmade coat rack for sale. Railroad spike hooks and burned wood with live edge! Holds 10 or more coats or hats! Check out the Ebay link in my bio!

David’s Instagram post about the robbery got taken down, but he posted up a Story where people could swipe up to read about it on Champion Daily. Plenty of Teen Mom 2 stars sell their stories there. They quoted Eason as saying, “When I arrived home on November 27th from Nashville Tennessee I immediately knew my house had been broken into. I changed the locks before I left.” Then he alleged he “knew” who broke in.

It looks like they also stole the equipment he needs to make his living off eBay. David said, “It’s really low for anyone to steal someone’s tools when that’s what they use to make a living and that’s their livelihood altogether.” The ex-Instagram pics on Champion Daily showed the place looked like a tip, as though someone rummaged around carelessly.  Apparently, the security cameras didn’t function as the WiFi got cut off, David said.

David says he fears for his daughter

Naturally, David fears this sort of home invasion might happen again. He said, “Now I live in fear everyday that it will happen again and that Maryssa, my daughter, will have to see it.” One has to wonder now, how David can make a living going forward as he also noted, “I hope they enjoy my boat, my tools, my work trailer, my hunting, and fishing equipment.”

It’s not the first time that something allegedly got stolen from David since Jenelle left him. The Teen Mom 2 alum apparently got his dog stolen in early November. Cheatsheet even speculated that Jenelle might have taken it.

What do you think about David claiming he got robbed while he went to court in Nashville? Do you think he’ll manage to find the money to replace those tools so he can continue earning a living? Sound off your thoughts in the comments below.