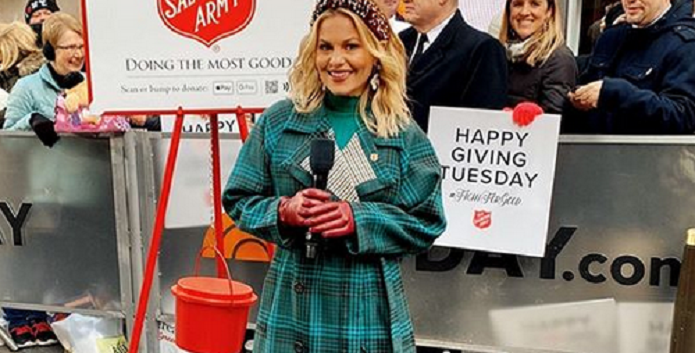 Candace Cameron Bure is revealing some fun facts about herself. The Hallmark Channel star received the official title of the “Queen of Christmas,” as previously reported via TV Shows Ace. She has appeared in eight Hallmark Christmas movies. She even has her own way of doing Christmas.

For example, she enjoys gingerbread men but refuses to eat fruitcake. The actress took time out of her busy schedule to answer questions about her favorite Christmas traditions. She’s not holding back on how she feels about the holiday season. Fans may be shocked to learn some of her answers.

When Bure was asked about whether she likes an artificial or real tree, she immediately knew the answer.

“I made the switch to the fake tree last year and I’m really glad I did,” she revealed in an interview with Us Weekly.

As reported via Good Housekeeping, artificial Christmas trees have been all the rage in the past few years. Although Balsam Hill has their own line of beautiful authentic trees, the Fuller House star is embracing the new trend. She puts her tree up as soon as Thanksgiving Day. Bure previously showed off her impressive decorating skills on Instagram.

Before she even starts decorating, she listen to Christmas music two months earlier to get herself in the holiday spirit. While she has her own Christmas traditions, there are some things she refuses to do.

“I just don’t get fruitcake … I like my fruit fresh,” said Bure.

The “Queen of Christmas” debuted her new holiday line from DaySpring called Simply Christmas. It’s an extension of her Simply Candace home collection.

Candace Cameron Bure reveals her first kiss was on TV

In her interview with Us Weekly, she also revealed that her first kiss took place on television. In case you didn’t know, she played D.J. Tanner on Full House. She had her first kiss at 13 during the episode called “13 Candles.” She was seen sharing a peck with her on-screen crush, Scott Curtis. However, the experience wasn’t as perfect as she hoped.

“It’s awkward when you’ve never had a kiss and then have to kiss someone on national television,” Bure said, according to Zimbio.

The remainder of the list reveals that she met Jennifer Lopez and her guilty pleasure is EDM. She’s even made over 22 Hallmark movies. But if Bure wasn’t an actress, she’d become an entrepreneur. She has a passion to “make things happen.” When it comes to her dream role, she admits she doesn’t have one. She said that she’s “already living my dream, and am exactly where I want to be.”

It’s me again ✨👋🏼 Who will be tuning in tonight for the 7 Night Thanksgiving Movie Event?! Only on @hallmarkchannel at 8pm/7c That’s less than an hour to go!! ❄️❤️🎄 #CountdowntoChristmas

What are your thoughts on Candace Cameron Bure’s Christmas traditions? Sound off below in the comments section.