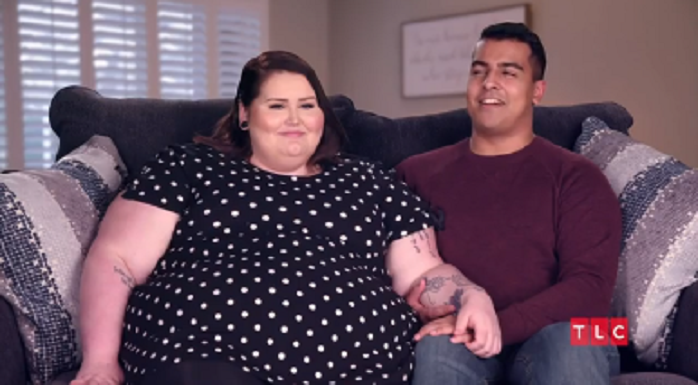 TLC is excited about its new show Hot & Heavy, but most of its viewers don’t feel the same. Some claim that the network has gone too far. It’s no surprise that the cable network loves to come up with crazy reality shows. TLC already premiered Welcome to Plathville, and recently announced a new series called My Feet Are Killing Me, which comes from the same producers as Dr. Pimple Popper.

The network has strayed far from its humble beginnings with it was The Learning Channel. Now there seems to be a reality show for everything. TLC wants to focus on “mixed-weight couples” with its new series Hot & Heavy. The new docuseries centers around couples who are of different sizes. However, the trailer seems to show only men who date plus-sized women.

The network released a trailer for its new show on Wednesday, Dec. 10. The show will focus on three couples who are dealing with the struggles of their relationships. Each of the couples deal with their share of public scrutiny and judgement from friends and family.

“We’re just two people that are different sizes and I don’t feel like there should be a stigma behind it,” says Ricardo.

“I absolutely love Kristin’s size, I wouldn’t mind if she was a little bigger,” admits Rusty. Kristin steps onto a scale to find out she weighs 329.4 pounds.

See the highs and lows of their mixed-weight relationships on the series premiere of #HotandHeavy Tuesday, January 7 at 10/9c.

TLC made the announcement on both Instagram and Twitter. Hot & Heavy premieres on Tuesday, Jan. 7 at 10 p.m. ET.

Viewers flooded to TLC’s social media accounts to comment about the show, and most of those comments were negative, as previously reported via Deadline. Some accused the network of glamorizing obesity. Others wondered why the network is so obsessed with obesity.

However, there are some viewers who are looking forward to the new series. They argued that people can’t help who they fall in love with. Others claimed that they’re already in love with the concept. Still, a majority of viewers have called the new show “tone deaf” and offensive.

So @TLC has come up with a new show for “mixed weight” couples and decided to call it “Hot and Heavy”.
I am speechless.

Some thoughts on that garbage new TLC show (a thread — cw for discussion of weight loss and sexual assault, emotional abuse, fatphobia, sex)

Of course, only the women are heavier.
Let's retitle, "How Can Men Possibly Love Fat Women?"
🙄🙄🙄

TLC has not since responded to the backlash. The network is known for its diversity in programming with shows like I Am Jazz, Little People Big World, 1000lb Sisters, My Big Fat Fabulous Life, and My 600lb Life. What are your thoughts on TLC’s new show Hot & Heavy? Do you agree that it’s offensive? Sound off below in the comments section.

Check back with TV Shows Ace for the latest news on TLC’s reality programming.

‘Extreme Sisters’ Brittany & Briana Who Married Twins Are TLC Alums
‘Bringing Up Bates’ Preview: The Family Takes A Walk Down Memory Lane
Which ‘OutDaughtered’ Quint Is A free Spirit – Can You Guess?
‘The Bold And The Beautiful’ Jacqueline Wood Sizzles In Bikini After Birth
Mishael Morgan Back On Set Filming ‘The Young And The Restless’