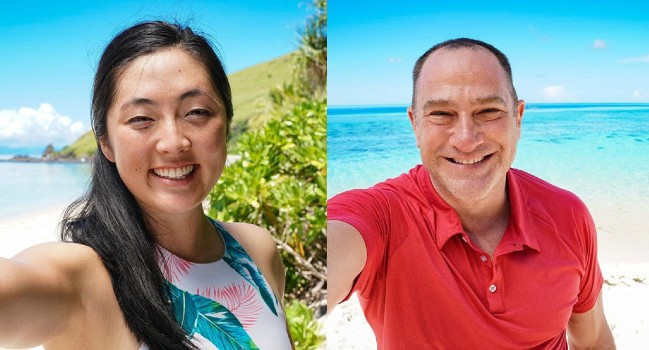 Kellee Kim has broken her silence on Dan Spilo’s ejection from the game.

Despite being 39 Seasons, Island of the Idols may very well go down in history as the most controversial season of CBS reality TV series Survivor.

After saying goodbye to a fan favorite, there was a shocking extra scene added to the end of last night’s episode. As those who have watched all 39 Seasons of the series know, an episode usually ends after the tribal council. It is extremely unusual for there to be another scene following tribal. So, both viewers and castaways were caught off guard when Jeff Probst wandered down the beach to address everyone.

Jeff noted that a “decision had been made” and Dan Spilo would not be returning to the game. He continued to explain he would not be a member of the jury either. Many quickly assumed this was connected to Kelle Kim’s earlier allegations.

Things were kept extremely vague to the viewers at home with a message being displayed across the screen.

“Dan was removed from the game after a report of another incident, which happened off-camera and did not involve a player.”

While, as we’ve previously reported, rumors suggest something happened off-camera between Dan and a member of the production team, no one really knows what happened. Probst explained that out of respect of privacy, he isn’t able to say more.

The latest rumor is that he touched the leg of someone on the production team. Dan insisted that he lost his balance while getting on a boat. At least one castaway was rumored to have seen the incident. They ultimately determined the touch was not accidental. This information, however, hasn’t been confirmed.

So, how does Kellee Kim feel about Dan’s ejection from the game?

As viewers might recall, Kellee and several other females on the tribe approached Janet. They shared how uncomfortable they felt around Dan. Many were able to tell stories of instances where he made them feel uncomfortable.

Being the mother of the tribe, Janet was ready to go to battle for the young women. Unfortunately, several of the females on the tribe decided the timing and the reasoning wasn’t right. So, they tossed Janet under the bus and pretended like nothing was wrong.

Now, that Dan has been ejected from the game for what is assumed to be the very same thing Kellee brought to light…Many have started to wonder: how does Kellee Kim feel? Is she happy? Was justice served? Or, is she upset that something wasn’t done sooner?

As People Magazine reminds us, Dan defended himself and apologized after Kellee was removed from the game.

“I work in an industry in which the #MeToo movement was formed and allowed — thank God — to blossom and become powerful and strong. My personal feeling is if anyone ever felt for a second uncomfortable about anything I’ve ever done, I’m horrified about that and I’m terribly sorry.”

She is both furious and relieved with how things played out.

The former castaway took to Twitter to issue a statement regarding Dan’s ejection from the game.

My thoughts on tonight's episode of @survivorcbs and Dan Spilo's removal for another incident of inappropriate touching. #Survivor39 pic.twitter.com/nfo9Q5ojLP

Kellee noted that she was happy that his removal “validated the concerns” she had brought up toward the beginning of the season. She, however, was not happy with the timing. Moreover, she was not happy that he had to have other victims before someone stepped in.

“CBS and Survivor were on notice of Dan’s behavior from the very first days of the game. And, as Survivor fans know, shortly after I spoke up on camera, I was voted off the show. Since then, I’ve accepted genuine, heartfelt apologies from fellow castaways, but I’ve continued to feel disappointed by how this pattern of behavior was allowed to occur for so long,” Kim continued.

“While I wish many things had gone differently, I’m glad that my decision to speak up made a difference. What is most important to me now is how all of us — CBS, Survivor, other organizations, and all of us as individuals — decide to learn from this story and commit to take action.”

Kellee ended her message by noting that many people have reached out to her. And, she’s grateful. She also reported several members of the cast have made amends. Kim hopes both the production team and the network will learn from the incident. She hopes someone will step in should something like this ever happen again.

Should Dan have been removed from the game earlier? What do you think of Kellee’s statement? Sound off in the comments down below.