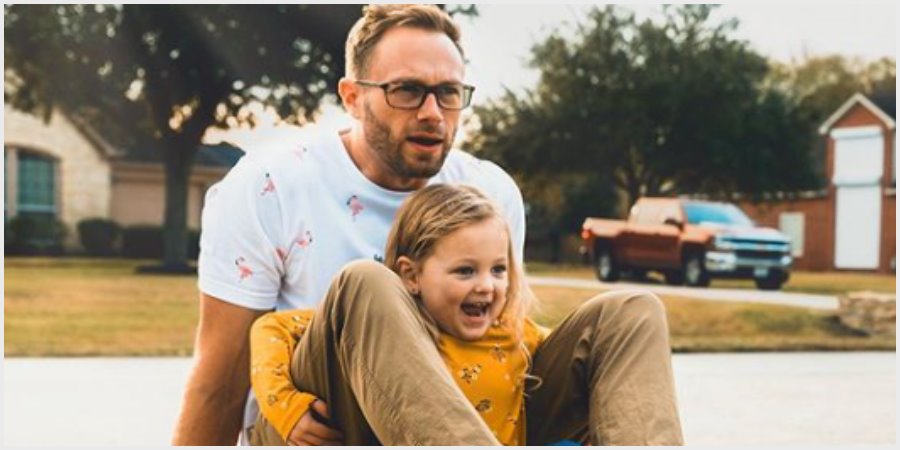 Adam Busby, father to six little girls, needs a break. The Outdaughtered star said himself and his girls; Blayke Louise, Hazel Grace, Riley Paige, Parker Kate, Ava Lane, and Olivia Marie, as well as wife, Danielle, are going to enjoy the holiday. This means they are waiting to release a new episode of their show.

A fan said, “when are you releasing new episodes of the show? I started watching it recently and I love your fam!” Most people love the show once they start watching it. They remain in awe of Adam Busby and his wife as they navigate the world of five four year olds and their older sister.

How Did Adam Busby Respond To The Fan?

Adam Busby is always very responsive to fans on his social media. He responds to fans that praise the family and haters alike.  When one asked about new episodes, he responded. Adam said, “we have chosen to take a break for the holiday season, to just spend with family.” People with children and those with large families can understand this. Sometimes you just want a break to have quality time with your loved ones. Filming a reality show all the time and doing press for it can’t be easy on the young girls. It’s good their parents are looking out for their well-being and the well-being of the family unit.

The Busbys Have Earned A Break From Filming

One fan responded favorably to Adam Busby according to In Touch saying, “much deserved and needed R and R! Take the year off. We’ll miss you but understand.” Other fans agree that the couple and the kids could use a break from being in the public eye. They can just enjoy being a family.

In the past he’s shown that he likes to make family priority. When they stopped sharing their own YouTube videos on top of their hectic film schedule, fans had questions. One said, “why no videos these days?” Adam Busby took time to reply to the fan saying, “we are in the middle of filming the new season of our TV show. That takes priority over family YouTube vlogs.”

Still, fans love them and want to see as much as they can of the Busbys and their littles. Adam Busby will continue to share pictures on social media, like of the quints in their holiday pajamas so fans still get to follow along a bit.

Carlin Bates DRAGGED For Making Everything About Herself
Separation Over, Isabel & Jacob Roloff Back Together
Here’s Why Producers Chose Clayton Echard For ‘The Bachelor’
‘BIP’ Natasha Parker Is Moving On, Saying Goodbye To The Past
‘Bringing Up Bates’ Fans Confused: Was Season 10 Cut Short?