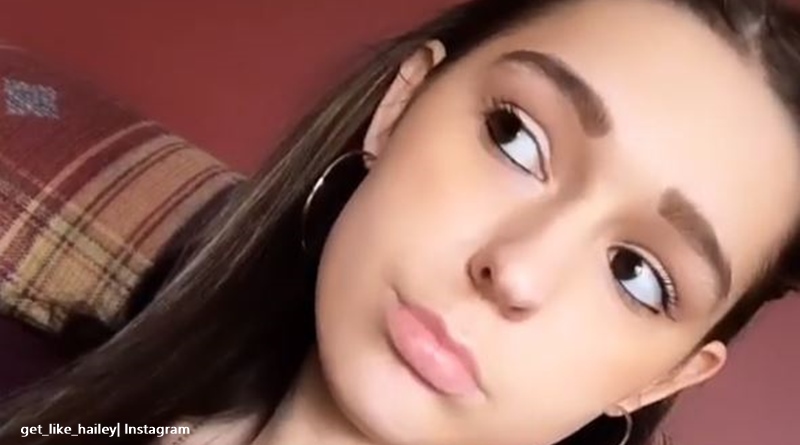 Unexpected couple Hailey 2 and Matthew Blevins seem like the ultimate hot mess when it comes to their relationship. Now expecting a baby, they split and got back together a number of times. In fact, just three days ago she told a fan they were still together. But, late Wednesday, she totally and emphatically reversed her position on where she stands with Matthew.

Unexpected – the hot mess between Hailey2, Hailey 1 and Matthew Blevins

TV Shows Ace reported on the hot mess. In the last season of the TLC show, we started off watching Matthew and Hailey Tomlinson. Their baby arrived, and Matthew ended their relationship. It turned out that Hailey Tilford, Hailey Tomlinson’s best friend, and Matthew hit it off. Ever since then, the labels of Hailey 1 and Hailey 2 got applied to the two girls. Starcasm found that was the easiest way to differentiate between them.

The Unexpected dad and Hailey 2 made much of their loving relationship on Instagram. But, after saying they never planned on making a baby, the inevitable happened. During the Tell-All, it emerged that Hailey 2’s expecting.  But they soon ran into trouble and split. Between the two, their social media whipped wildly between them making up and breaking up. In fact, it’s hard keeping track of these two.

Hailey 2 says they remain together, then completely denies it with a total reversal

Is Hailey 2 messing with the tabloid media and her fans? Certainly, other people on TLC shows did that in the past. Ashley Martson and Jay Smith of 90 Day Fiance come to mind with their yo-yo relationship, after all. TV Shows Ace reported just three days ago that Hailey 2 went onto her Instagram and did some Q&A stuff. We noted, “one fan asked her if she and Matthew remain together. Emphatically, the Unexpected star said, “YES.”  You can see a screenshot of that conversation further down in this article.

Since then, Hailey 2 stood the whole thing on its head. It seems this Unexpected couple simply tells lies, or don’t know what to do with themselves. In a lengthy post, Hailey 2 said,  For all the nosey ass people on my page who like to lurk and post all my business, I might as well get some stuff cleared up for you.” Then she added, “Yes, I’M SINGLE. I and Matthew aren’t together, we broke up. Hopefully, I said that enough ways for y’all to understand.”

Fans are confused, what did Hailey 2 expect the way she changes her story all the time?

Well, it seems a bit nasty for Hailey 2 to tell Unexpected fans she said that in enough ways to make them “understand.” After all, she just told them on her IG stories they were not broken up, as you can see in the screenshot above. After being ever so loving just a few days back, she now proclaims, “We are nothing but toxic, we don’t treat each other good at all.” She’s not interested in Matthew it seems and just wants to focus on her little boy.

Unapologetic as usual, Hailey then said: “I don’t need anyone’s opinion.” Then she added, “Right now all I know is I want to go to therapy and fix me and focus on my baby boy inside of me.” Actually, going to therapy’s probably the best thing she could do right now. Obviously, she really struggles to establish just what she feels for Matthew.

What do you think about Hailey 2 doing a complete reversal on where she stands with Matthew Blevins in just three days? Sound off your thoughts in the comments below.