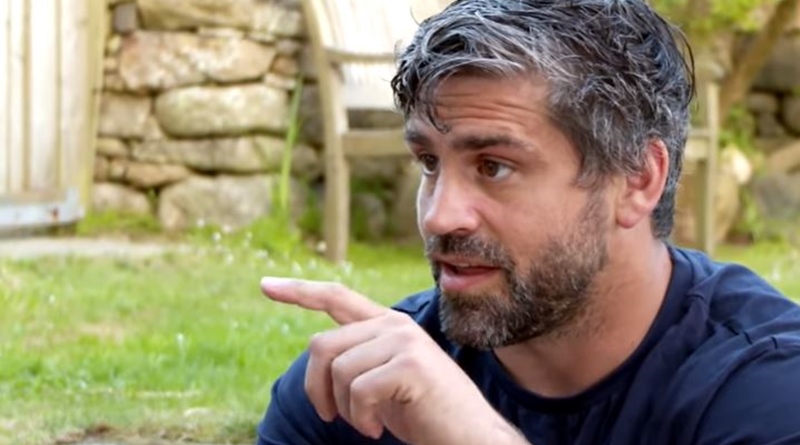 90 Day Fiance: Before the 90 Days fans may recall Jon Walters and Rachel from Season 2 of the TLC show.  Actually, on social media, some fans have no idea who he is. But, those who do know him either love him or hate him. No longer current in the show, he’s also known for very direct criticism of followers and other cast members. Often, his rather crude language takes people aback. And now, he annoyed a fan by using the C-word on one of John Yates’ followers on Instagram.

90 Day Fiance critics troll on Jon Walters, but he’s aggressive and not scared to lash out

TV Shows Ace reported that “many fans troll on Jon, suggesting he’s aggressive and rude. Plus, they hate that his US wife married him as he has a conviction for assault. That dates back years, but there’s no convincing them about college kids and bad decisions.” He and Rachel went through quite a lot of aggression from TLC followers during their season of the show. Nevertheless, he’s one of the few cast members who doesn’t fear dishing out his often critical thoughts on other members of the cast.

Many a fan of 90 Day Fiance has emerged from an encounter with Jon on his Instagram either blocked or shocked. And one fan who just tagged him on a post about Angela Deem by John Yates suffered a similar fate. They didn’t argue back, but he continued slamming them anyway. Eventually, another follower got fed up with Jon, feeling he’d taken it all way too far. Plus, Angela Deem said that she didn’t really care And let’s face it, Angela’s the kind of woman who would definitely give it straight back to Jon if he started on her.

John Yates, a blogger and reality TV guru, runs several Instagram accounts. He shared a screenshot of Angela Deem, and she chimed in by saying she doesn’t use filters after fans commented that she did. Anyway, one follower tagged Jon Walters on the post and he got really angry about it. First, he told them not to tag him again. Although the tagger said, “okay,” he went at them. the 90 Day Fiance alum ranted a bit.

Jon said, “another fake Christian on the Instagram with cherry picked verses on their bio, So lames. well here a verse I cherry…picked. Proverbs 24:29 “I’ll do to him like he did to me, I’ll be sure to pay him back for what he did.” Literally says that there is zero wrong with repaying trolls and sh*t talking c*nts – but you would know that if you were a Christian. Don’t tag me again.” Later, the person apologized, saying they meant to tag someone else. But, in the meantime, another offended fan told off Jon.

The fan who took exception to Jon for banging on about being tagged said, “Anger problems, Jon? She already said, ‘Okay.’ That should have been the end of it. Sad to see you support someone who is physically and verbally abusive to people (among other scary qualities) – Angela.” That came after Jon originally said to Angela Deem, “you look really f*cking happy.” Well, Jon then came back, saying that he doesn’t support Angela at all.

Pretty much, Angela Deem summed it all up for everyone involved, saying,”@jonjwalters 😂😂who gives ash*t.” There’s a new word for you, some 90 Day Fiance fans joked. But, one thing’s for certain, Jon Walters will return to one or the other of the cast members’ pages and have his say, 4-letter words and all.

What did you think about Jon Walters using the C-word against one of John Yates’ followers? Does it worry you? Or, like Angela, do you actually not give “ash*t.” Sound off your thoughts in the comments below.

Remember to check back with TV Shows Ace often for more news about the cast of TC’s 90 Day Fiance.