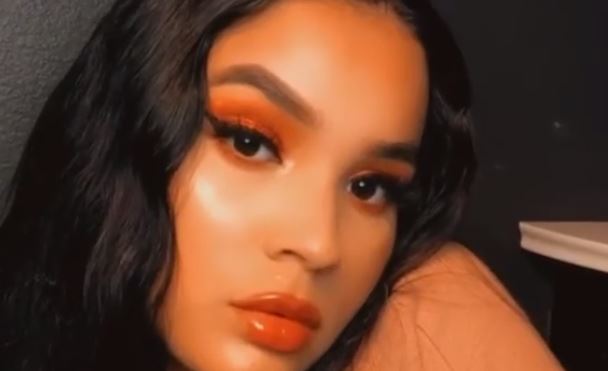 Unexpected fans heard in October, that Rilah Ferrer and her baby daddy Anthony split. In a shock announcement, Rilah said that Anthony actually physically abused her. Fans hoped they’d get back together, but that never happened. Now, Rilah shared about how she’s “better off” without him these days.

Although sometimes Rilah puts herself down as not being attractive, she really is. Fans love watching her makeup tutorials on YouTube as she does it so well. And in a post on Instagram on Monday, Rilah said, “I got a big *ss head wow who let me out like this.” But, come on, fans think she’s stunning. And fans reassured her. One said, “Those colors on you are hotttt girl 🔥❤️.” Another commented, “Ohhhhh my god ur so beautiful rilah I can’t.”

But, she also said something else in her post. The Unexpected star wrote, “better off.” Well, some fans thought she referred to the fact that she and Anthony broke up. And, it seems they’re right as Rilah engaged them in conversation. One fan asked, “Are you and Anthony still together?” Rilah replied, “no mam.” And, another fan said, “Definitely better off ❤ you’re a smart/beautiful girl 😍 He neva deserved you🤪.”

In October, TV Shows Ace wrote about the breakup between Anthony and Rilah. Fans were shocked to hear that he hurt her physically. Actually, nearly everyone agreed it’s simply not okay to physically hurt anyone. And, to make it worse, Rilah claimed he did it in front of their child. Rilah showed a bruise that she says Anthony gave her with their daughter in the car. And, later we heard it took place on the way to a church meeting of all things.

The Unexpected mom took things further and made a complaint to the Police. Starcasm reported that about two weeks after we heard from Rilah about the abuse, that the police arrested Anthony. They noted that he faced charges of misdemeanor battery domestic violence. Plus, Rilah shared a video on social media showing Anthony screaming at Rilah’s mom, Rosa. That was when the cops were there. So, it looks like fans now know a completely different side to him from what they saw in the show.

The outlet added that Anthony claimed they drove to the church, but Rilah started it by hitting him. He was driving and she sat in the back seat. He pulled into a gas station because of Rilah hitting him. The outcome’s not come to light yet. But, we know his mom paid his bond to get him out of jail. But, many fans agree that Rilah’s probably way better off without the Unexpected baby daddy.

What do you think? Do you think that if Anthony really abused her, then she’s definitely better off without him in her life? Sound off your thoughts in the comments below.

Remember to check back often with TV Shows Ace often for more news and updates about the cast of TLC’s Unexpected.