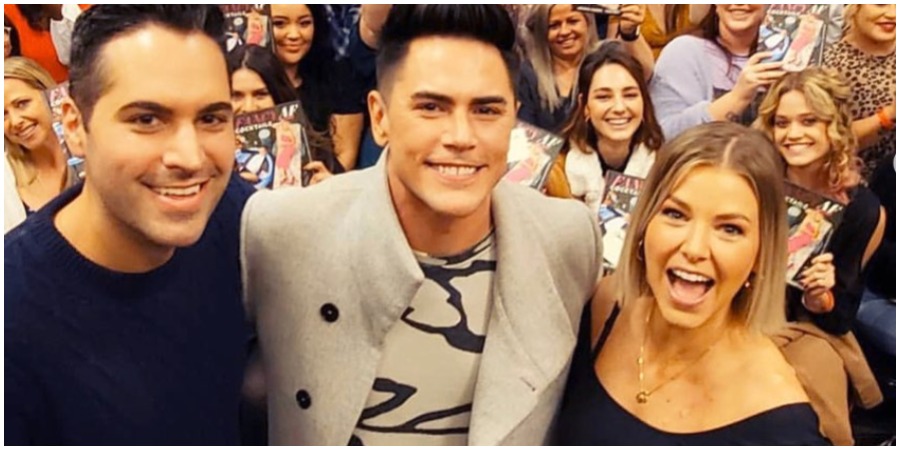 Both Tom Sandoval and Ariana Madix of Vanderpump Rules think their costars won’t fight forever. Katie Maloney, Kristen Doute, and Stassi Schroeder have reportedly been fighting for awhile now. Ariana said, “I feel like a lot of times, especially within this group, things come together, they fall apart, they come together, they fall apart.” She said you never really know what’s next. Fans of the show know that the three have had their fights before.

Tom Sandoval added to that, “I’ve seen over the years, over a fricking decade of this sort of happening, and it usually works itself out.” He went on to say he’s optimistic they’ll work everything out. Really only the three of them know if they’ll work through whatever they’ve been feuding about.

The Vanderpump Rules Stars Have Been At Odds All Season

During the filming of Season 8 the three were at odds. They’ve been fairly vague about the reason they aren’t getting along while being remorseful. Fans first started asking questions when Kristen wasn’t present at her Vanderpump Rules costar’s engagement party. Stassi recently said, “there are moments where I get sad and I’m like, ‘Maybe I should end this,’ but our situation is just so much more layered and deeper than that.” She went on to say sometimes you just need a break from someone.

Kristen said, ” there’s too much love,” for them to not be friends anymore. She said, “I love every single person, mostly, on our cast. Even the people that I’ve had a falling out with this season.” She said they’ve hit a lull in their friendship according to US Weekly.

Tom and Ariana are also spilling tea on their press tour for their book about other stars of Vanderpump Rules. This includes the queen herself, Lisa Vanderpump. Ariana said, “she’s definitely been through a lot in the last year… feeling like she maybe had friendships that don’t exist anymore.” She said Lisa put herself out there more this season then she has in the past.

Tom broke into this conversation according to OK Magazine and said, “you’ve got to understand, Lisa fricking hated filming Housewives.” He said it stressed her out so much and took over her life. They both feel like she’s more present on their show now that that’s behind her. Fans will have to wait to see the reasoning behind the three co-stars feuding and Lisa Vanderpump’s new attitude when the new season premieres.