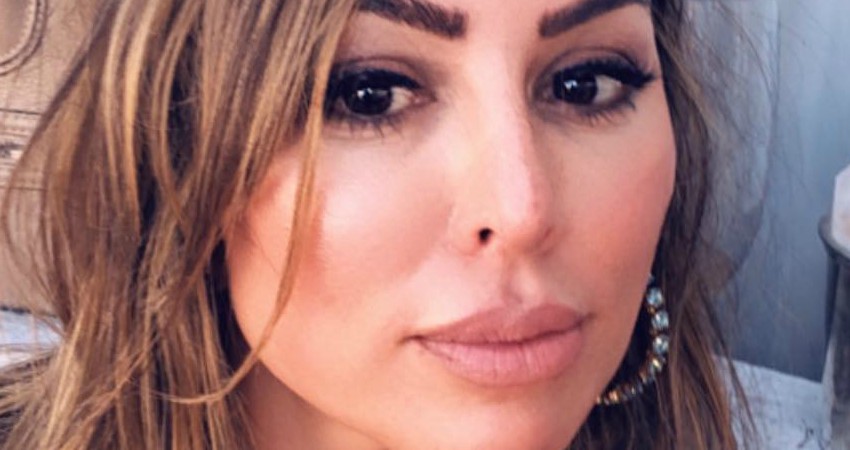 The Real Housewives of Orange County’s Kelly Dodd is tired of her co-stars and gossip sites spreading lies about her. The reality star flew off the handle on Twitter at gossip site Inquisitr after they tweeted a “libelous” story about her engagement ring.

Are you that weak of a journalist ? You don’t even attempt to find the truth? You should be fired for this. This is libelous and I demand a retraction #fakenews @theinquisitr https://t.co/sOIvVeIoLz

The source of the story was, of course, co-star Tamra Judge. The interview originated during Bravo’s fan convention in November and has snowballed from there. What are the RHOC ladies saying about Kelly’s ring?

As fans know, Kelly is engaged to Fox News correspondent Rick Leventhal. The couple has faced their share of scrutiny from Kelly’s co-stars.

Vicki Gunvalson threw shade at Kelly by implying the engagement was a stunt for the show. She also took issue with the fact that Kelly’s daughter had yet to meet Rick.

During BravoCon, Tamra Judge gave an interview with Entertainment Tonight about Kelly wanting to move to NYC.

When pressed further about Nicole, Tamra simply said Nicole was, “The girl who used to own the ring.”

According to Reality Blurb, a fan tweeted to Kelly over the weekend that Shannon had been saying the same thing. Shannon claims that the engagement ring had been bought from a jilted person after a failed engagement.

In a now-deleted tweet, Kelly retorted that her ring was bought from Neiman Marcus in NYC. The brunette’s fiancé backed up her up with a tweet of his own.

Despite working at a polarizing network, Rick Leventhal rarely engages in social media feuds. However, enough was enough when Kelly was attacked again by Tamra and Shannon.

Following Kelly’s tweets about the Inquisitr article, Rick backed Kelly up on where the ring was bought. He called the article “BS” and said he had “proof” if they had asked.

You should be ashamed of yourself for promoting this BS. Ridiculous and 100% false. I have the proof if you’d bothered to ask.

The couple are planning a 2020 wedding. However, they live on different coasts. Kelly is based in California while Rick resides in NYC.  The RHOC star recently confirmed her plans to move to NYC. She has also mentioned that she would like to join The Real Housewives of New York.

The Real Housewives of Orange County star threw shade at Shannon during co-star Braunwyn Windham-Burke’s birthday party. Kelly posted a blurry picture of Braunwyn with two other friends. The caption thanked one of the women, Elizabeth Vargas, for hitting her on the head and causing blurry vision.

Happy Birthday @braunwynwindhamburke what an awesome party 🎈 and thanks at @elizabethlynvargas for hitting me on the head and causing blurry vision!!

As viewers know, Kelly hit Shannon on the head during Season 14 and sent her co-star to the ER, complaining of blurred vision.

The Real Housewives of Orange County is wrapping up the current season with two more episodes before the epic three-part reunion. The show airs Tuesdays on Bravo.