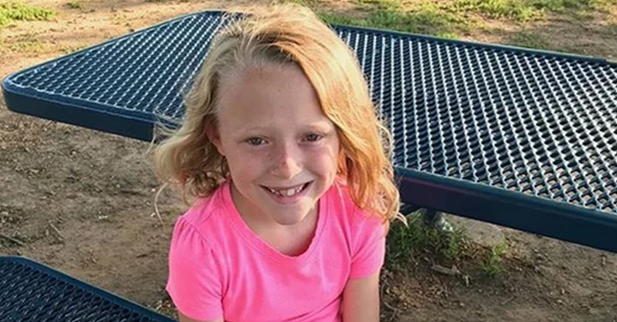 Today, Tuesday, December 10, Josie Brooklyn Duggar turns 10! If you’ve been a fan of the family for a while, you might know a little bit about Josie. You may have watched the details of Michelle’s pregnancy and Josie’s birth on TLC.

On Dec. 10, 2009, the youngest of Jim Bob and Michelle’s kids joined the world. This might have been a joyful time, but it turned scary for the 19 Kids & Counting family. Michelle was diagnosed with preeclampisa during her pregnancy. Josie was born at 25 ½ weeks gestation, so she was born about three months early. When she arrived, she only weighed 1 lb., 6 oz. Eight days after her birth, her bowel perforated.

At the time, the co-director of the NICU, Dr. Robert Arrington, said, “She developed a spontaneous bowel perforation. She responded to placement of an abdominal drain, plus antibiotics, and did not require an open operation.”

Jim Bob Duggar expressed his gratitude for the doctors and nurses, saying, “Dr. Arrington knows how to think outside the box and come up with different creative solutions. Josie is walking a daily tightrope to keep her vitals stable and the nurses and the whole team here has been wonderful.”

Because of this, the newborn had to be rushed from University of Arkansas for Medical Sciences in Little Rock, Arkansas to Arkansas Children’s Hospital. Fortunately, her parents were able to stay right by her side.

Today, Josie is a healthy girl! The whole family is grateful that she was able to survive after being born so young. Plus, the bowel perforation could have been more serious than it was.

Josie is sometimes featured on the family members’ Instagram pages. The official Duggar family posted a picture of Michelle, Josie, and Jinger in Los Angeles in October. Josie looks to be a petite girl, but she is totally healthy and functions as any other 10-year-old would.

So far, she hasn’t gotten any birthday shoutouts from family members. The Duggar family typically posts photos of the special birthday girl or boy. It’s possible the posts dedicated to Josie will come later. In last year’s birthday post, Jim Bob and Michelle wrote, “Josie was born on December 10, 2009 at 25 1/2 weeks gestation and weighed 1 pound 6 ounces. Today is a huge milestone for her, she is a healthy, happy 9 year old that is full of energy. We are so thankful for everyone’s prayers and all of the doctors and nurses at Arkansas Children’s Hospital that saved her life. That was the most difficult time in our family’s life, but by God’s grace Josie and our whole family made it through!”

Josie was born on December 10, 2009 at 25 1/2 weeks gestation and weighed 1 pound 6 ounces. Today is a huge milestone for her, she is a healthy, happy 9 year old that is full of energy. We are so thankful for everyone's prayers and all of the doctors and nurses at Arkansas Children's Hospital that saved her life. That was the most difficult time in our family's life, but by God's grace Josie and our whole family made it through!

What do you think of Josie’s journey? Are you amazed that she survived and that she’s okay today? Leave a comment below.

The Duggar family is on TLC’s Counting On, which airs Tuesdays.