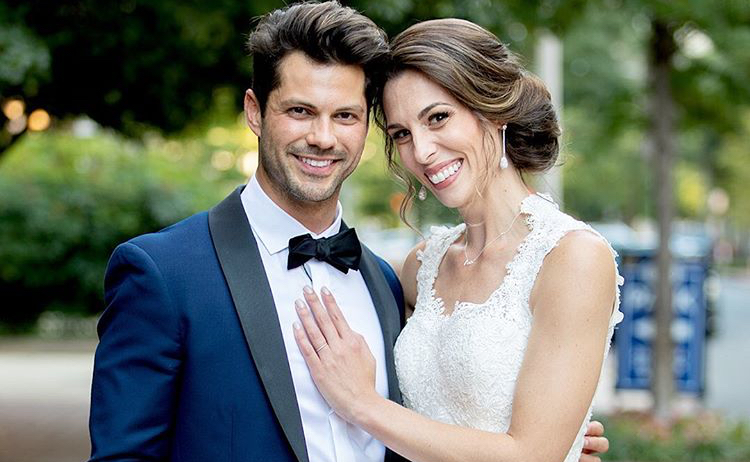 It was only last September when Married at First Sight Season 9 concluded with the final decisions of the four couples seeking forever love from the arranged marriage reality show.  There was heartbreak, especially when Keith Manley chose divorce over staying with Iris Caldwell and working through their relationship challenges of intimacy and maturity. Good news came with the decision by Amber Bowles to split with the international basketball player, Matt Gwynne. The two had an instant physical spark, but faithfulness and simply staying home seemed too much to ask of this Married at First Sight husband. Amber did learn the lasting lesson of how to value herself in the process, though, and that result was a delight to see.

Jamie Thompson and Elizabeth Bice engaged in some very wounding battles during their eight weeks, but also stayed committed to one another, and remain happily married to this day in their transplanted California home.  Greg Okotie and Deonna McNeil became mentors for the slow and easy approach to love in their chemistry, but the tortoise-style of coming to true love worked for them, too, as they remain true to their vows.

The New Year is starting off with big plans for love for the five Washington DC couples ready to take the ultimate leap on Married at First Sight Season 10, starting on January 1, 2020, as reported on December 8 by Showbiz Cheatsheet. The pairs are more diverse than ever, and the experts will be working hard to give each one tools for lasting love.

Taylor and Brandon looked like a wedding topper model couple. Taylor credits her mother as her premiere role model. She is still fairly fresh from a breakup in a serious relationship earlier this year, so only time will tell if she is truly ready, as she feels she is, for settling down with Brandon, who grew up in the US Virgin Islands and puts family values as his first priority.

Jessica and Austin also seem to have the Christmas card history for becoming a lasting couple. Jessica even grew up on a Christmas tree farm.   Her parents have been married for more than three decades, and she aims to at least match that devotion in lasting love. Austin is from Maryland, and enjoyed a very happy childhood with committed parents, too. He hasn’t been so fortunate in finding the right person, so he hopes this Married at First Sight connection will be the one that lasts.

Mindy and Zach both have divorced parents. For Mindy, the hurt of her parents’ split union at age 10 taught her a lot about “the importance of family.” For Zach, seeing his Georgia parents grow and learn through the process has been valuable teaching on his outlook on love. Mindy wants to find Prince Charming, but he doesn’t really live in the real world, but good men still do.

Losses of a different kind give meaning to MAFS love

Virginia native, Katie, calls her dad her “best friend,” but her parents’ divorce also makes her cautious in love. She is also blessed with three brothers who are her heroes and has already discerned what she doesn’t want in a relationship. Her chosen husband, Derek, decidedly has family values, despite having divorced parents from a military family. He hopes Married at First Sight will have more luck in finding a love match than he has had on his own.

Meka and Michael have very different stories, but an equal drive to find lasting devotion. Meka is the oldest of five siblings from her single-parent home in Baltimore. She admittedly struggled with her own issues of self-worth for years, but now feels ready to give herself a true chance at love. Michael’s mother died when he was young.  He was raised by his aunt and cousin in Washington DC. The tragedy drew his close-knit family together, and he wants more than anything to find his right life partner. This pair is sure to pull on every fan’s heartstrings.

Every episode of Married at First Sight Season 10 is a full two hours, and with five couples vying for true love, there is sure to be double the delight and double the tears. Season 9 of the marriage show brought the highest ratings in MAFS history, so the coming season should go like gangbusters.