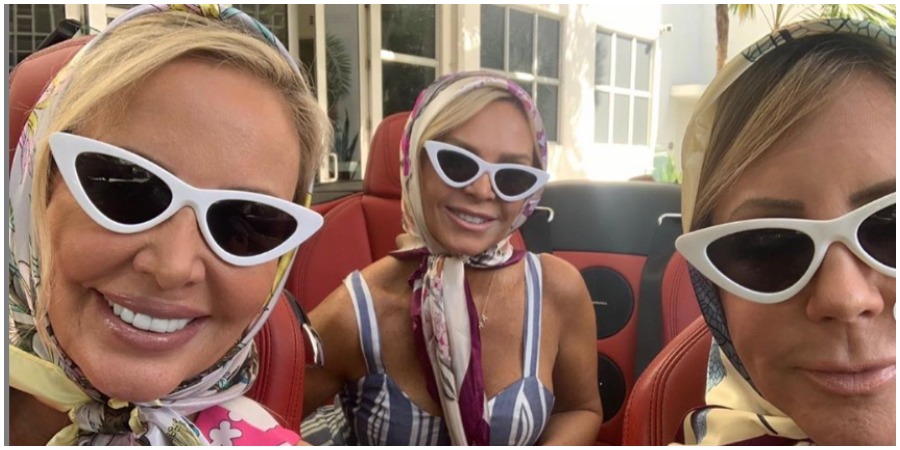 Tamra Judge, mostly known as the pot-stirrer of the OC, is doing what she does best. There have been rumors someone had a major meltdown. Now Judge is saying, it’s all true. She said Vicki Gunvalson did get into it with Andy Cohen and it will be shown on RHOC.

When speaking to Entertainment Tonight, Judge said, “that would be Vicki. Meltdown kicking and screaming. Andy got in a fight with Vicki at the reunion” Of course, in true Tamra fashion she wouldn’t give any details about the fight or what it could have been about.

What Did Tamra Judge Say About The Reunion?

While she didn’t give details about the fight, Tamra Judge did talk a bit about what went down during the reunion. She said Vicki made her laugh so hard she was lying in Shannon’s lap. Tamra said, “I want to say that Vicki, she had us doubled over laughing. She was trying to be so serious and she was going after Braunwyn and she’s like, ‘I don’t like you making out with people! I don’t like you doing this.’ And I’m like hysterically laughing.”

Vicki had spoken to OK before about the reunion after reports came out she didn’t get to stay for the whole thing. She felt very disrespected as a friend of the show according to The Cheat Sheet. She said, “I was very, very sad, very emotional and very sad. I was told I was going to stay the whole reunion and you’ll see what happens. It was not good.”

This is the reason fans think she might have gotten into it with Andy having said in the past Bravo told her she’d never have to be a friend. She said Bravo told her, “we’ll never use those words. And they’ve been using those words.”

Did The OG Of The OC Get Into It With Andy Cohen?

Vicki said I didn’t get into it with Andy, despite what Tamra Judge said. Vicki said, “I told him what I felt, as well as I told everyone involved what I felt. I thought that I should have been notified ahead of time. They lied to me, basically. They lied to me.” Vicki was speaking about having to leave the reunion before everyone else.

Vicki was angry saying, “I give Bravo my life, all of my life, and I don’t fake my reality. My reality is crazy. On other casts, women have created story lines. I don’t create that. My life is my life.” She maintains she started this franchise and she’s either full-time or she’s nothing. Fans will have to wait and see how everything shakes out with Tamra Judge and friends when the first part of the reunion airs on December 18th.