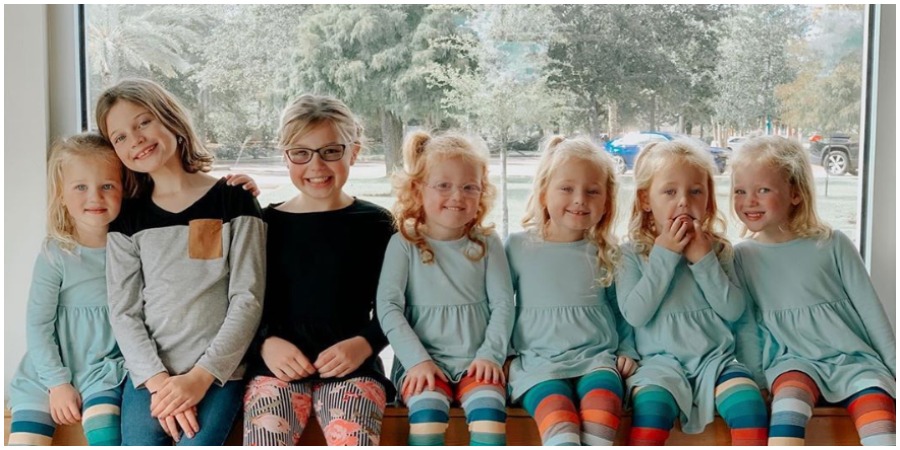 People love to follow along with every aspect of the Busby family’s life. The Outdaughtered stars, including the five adorable four-year-olds, Ava, Olivia, Hazel, Riley, and Parker Busby, intrigue their fans with everything from their fashion to their schooling. Now that the quints are going to school and decisions are being made about their future, fans are even more invested.

Recently, the Busbys had to deal with Riley testing higher than the other quints. Danielle Busby thought maybe she was bored and that was the reason she was acting out. They made the decision to move her up to kindergarten before the others. This got a lot of fan response but ultimately it was what the Busby’s felt was the right decision for Riley.

Parker Busby May Not Be Ready To Move Forward Just Yet

When meeting with the owner of the preschool, Randi, she explained that Riley’s scores were double the highest. She said, “that’s very unusual,” and mentioned if she scored as high on a third test they would place her in an advanced class. She said that the rest of the quints had made a great deal of progress, but the quint known as the shy one, Parker hadn’t tested as high.

Randi said, “academically, I have a little bit of reservation moving Parker up. What I don’t want to do is put her in upper rotation and then struggle. That’s my concern. She internalizes, as we all know.” While it’s great they are looking out for Parker, this news gave her parents a bit of anxiety according to The Cheat Sheet.

Adam Busby said, “I don’t know what’s worse. Parker moving up before she’s ready and feeling inadequate, or Parker staying in lower rotation a little while longer.” Despite the teacher’s reservations, Parker Busby was moved up to upper rotation.

The Little Star Has Always Been Shy Around The Cameras

The conversation ended with them deciding to watch Parker and see if anything changed. On an Instagram post when the quints started back it was captioned, “First day of school! Blayke 3rd grade. Riley kindergarten. Ava, Olivia, Hazel, and Parker upper rotation Pre-K. Let your light shine bright girls.”

Fans hope this means Parker improved enough to move up. Parker has anxiety and the reality couple have taken her to see a therapist for it. Hopefully she can work through it and continue to thrive at school. It has to be difficult for her parents to make these types of decisions in the public eye. Fans want all the quints and Blayke to thrive and be successful.