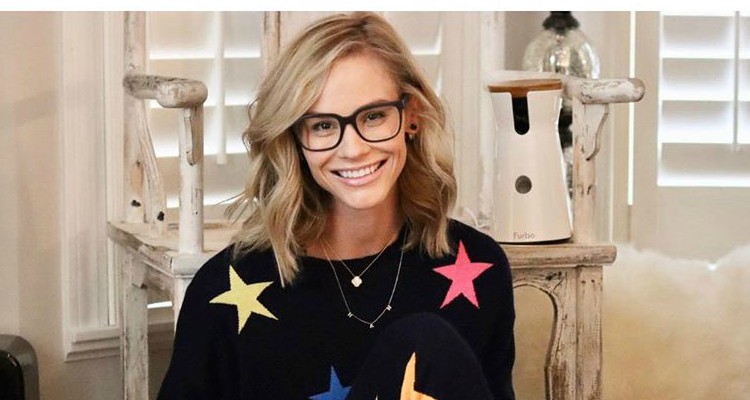 Could The Real Housewives of Orange County be gaining a new/old cast member? Meghan King Edmonds left the show following season 12 to spend more time with her children. She says, “I walked away because of the twins. I was pregnant with twins.”

But now Meghan is ready to start her new life post-divorce. As fans know, Jim Edmonds abruptly filed for divorce in October. Rumors quickly circulated that he had an affair with one of their children’s nannies, though he continues to deny it.

Meghan looks back fondly on the time spent on The Real Housewives of Orange County. She recently spoke to HollywoodLife at the IHeartRadio Jingle Ball. Meghan said she enjoyed her short time on the show, “I miss [the show]. I liked it.”

Fans may see her more frequently if she gets her wish. While Meghan may be “too busy” raising her three kids, she is open to returning to the show.

During the interview with HollywoodLife, Meghan revealed that she let Bravo exec Andy Cohen know that she would be willing to come back to RHOC.

Jim Edmonds Leaves Kids with His Mom for Vegas Trip

While Jim and Meghan’s divorce isn’t final yet, they did make a decision on custody. The former couple agreed to 50/50 shared custody.

However, Jim recently took to his Instagram Stories to defend his decision to leave his three young children in the care of his mother.

Jim revealed that his trip to Vegas was to support his other daughter from a previous marriage during her return to the site of the Route 91 concert shooting. According to OK magazine, Jim addressed backlash from fans who felt it was hypocritical of him to leave his children.

In November, Jim called the police on Meghan King Edmonds for allegedly being too drunk to care for their children after a night out on the town.

The police responded to his call, but found Meghan to be competent and left her to care for the children without incident.

On his now-inaccessible Instagram Stories, Jim wrote in part:

“So, to all of you haters out there, you have to support all your children and not just the little ones that you see on TV or Instagram. So, if you don’t like this, you don’t like me, instead of hating everyone, maybe also try and support people because there’s a lot of people out there in need, financially and emotionally.”

Meghan has her own thoughts about support. She recently opened up to Us Weekly about her ‘high hopes’ for co-parenting their three young children with Jim.

“I think the new year especially, and the new decade, is a great way to kind of launch positive thinking and the law of attraction. New beginnings are huge, so I’m looking forward to that.”

The RHOC star also announced exciting news that she is starting a podcast. Intimate Knowledge will premiere in early January and Brooke Burke will be cohosting the “downright REAL” podcast.

Announcement! 🚨 🚨 Brooke and I are so excited to announce that we are cohosting an incredibly raw, introspective, emotional, funny, and downright REAL podcast: Intimate Knowledge, premiering January 6. I’m so proud to share this project with all of you – it’s kinda like an expanded version of my blog come to life! @brookeburke #intimateknowledge @iheartradio

Fans will have to wait to see if Meghan King Edmonds makes a return to the OC. The Real Housewives of Orange County is wrapping up its 14th Season. The remaining episodes air Tuesdays on Bravo.

‘Welcome to Plathville’ Fans Are Worried Over Olivia’s Rebrand Photos
Is The ‘Sister Wives’ Cast Undercharging For Their Cameos?
Jill Dillard Seemingly Shows Support For Kamala Harris
Olga & Steven: Tit For Tat, Olga Slaps Back
Jihoon Lee Mega-Fan Encourages Him To Enjoy A Night Out