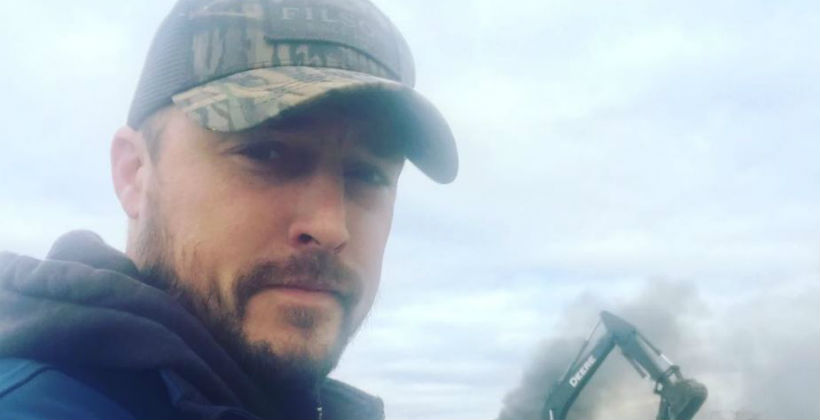 Former Bachelor Chris Soules is making his way into the public eye again. He pretty much stayed low key after his arrest in April 2017. Chris was charged with leaving the scene of a fatal accident before police arrived. He recently appeared in court for the final time and received two years probation. Finally, he is getting back out there and starting to live his life again.

Entertainment Tonight caught up with Chris at the KIIS FM’s iHeartRadio Jingle Ball 2019, presented By Capital One, at The Forum in Los Angeles, California. He was asked by reporters how he felt about being back in Los Angeles and in the spotlight. Chris insisted he was not there to return to the spotlight. He said he was simply there to attend a great concert with great friends.

Those great friends are none other than new couple Dean Unglert and Caelynn Miller-Keyes and newlyweds Jared Haibon and Ashley Iaconetti. If fans think back they will remember that Ashley was on Chris’ season of The Bachelor. She started getting her reputation for crying during this season.

Chris said, “I’m here for a really great concert. I’m here in L.A. and kind of just living the dream a little bit.”

Chris said over the past two years he has definitely learned that who you have around you is key to getting through tough times. He said, “It has been tough but it makes you appreciate the people around you, family, friends — and how hard things can get, you just have to press on.”

Fans who have stuck by him are very much appreciated by Chris. He said to the reporter, “Are you trying to make me tear up a little?” He went on to say, “It’s always been an awkward situation for all of us, but I’ve had nothing but support from family and friends….I’ve had so much support throughout everything. Thank everyone.”

While Chris is forever grateful for the people he has met thanks to The Bachelor, he says he will not return to the role. He said,  “I wouldn’t do it for a second time. I’ve been down that road, it’s been a great experience. The relationships that I’ve taken away…I have nothing but the upmost respect for [The Bachelor] and the people I’ve been able to meet as a result of it.”

Chris is planning on continuing working with agriculture in Iowa and is also focusing on organic hemp production. He said, “You gotta move on in life and do your thing at some point, and try to make yourself a better person.”

Fans Think Whitney Way Thore Got Rid Of Neeshi, What Happened?
Lori Loughlin Is Back, Will Appear in ‘When Hope Calls’
Duggar Snarks Think Jim Bob Is Going Broke Over Josh’s Scandal, Legal Fees
J. Lo Assassin Action-Thriller ‘The Mother’ on Netflix: What We Know So Far
‘LPBW’: Jeremy & Audrey Roloff Have Low-Key Wedding Anniversary – Is Their Marriage Okay?