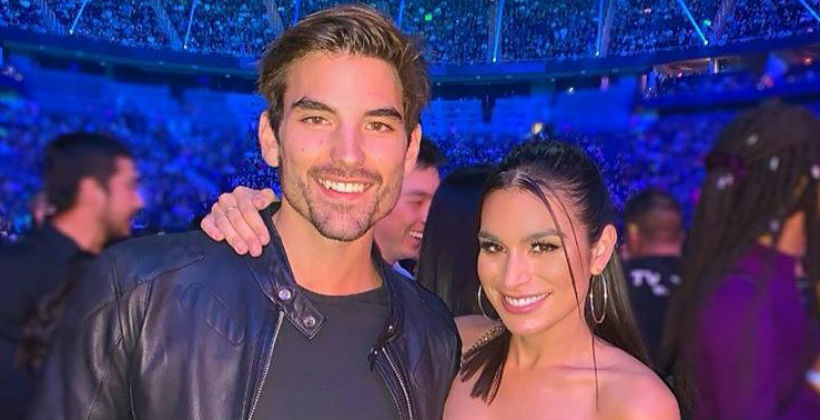 Bachelor in Paradise newlyweds Jared Haibon and Ashley Iaconetti have not been married long, but they are already talking babies. Jared and Ashley recently dished on their plans for kids. When do they want to start growing their family?

Entertainment Tonight shared details about Jared and Ashley’s future plans. They spoke with Katie Krause at KIIS FM’S iHeartRadio Jingle Ball at The Forum in Inglewood, California, on Friday. And it looks like while the couple is spending their first Christmas as husband and wife with no babies on the way, next year could be different.

Jared said, “We talk about it a lot. We both want kids, but I think we’re going to wait until next year.” He continued, “So there will be no new tradition this year, but next Christmas, knock on wood, hopefully there will be a new tradition in sight.”

Ashley responded jokingly asking Jared if the new tradition was her being pregnant. She went on to say if they are lucky she will be pregnant.

Ashley followed up saying it feels mature. She also shared that she feels like a kid and an adult all at the same time. For example, Ashley said she told her mom she put a load of laundry into the laundry room and asked if she could wash it.

Reuniting with an old friend

While at the Holiday event Ashley and Jared got to spend time with former Bachelor Chris Soules. Chris has stayed away from the spotlight since being implicated in a fatal car crash for leaving the scene.

Jared and Ashley both expressed nothing but love for Chris. They both said they are glad he is out living and hopefully starting to put things behind him. Jared said, “There are people in his life who are way more involved than us that did a lot more. So, we’re here for him if he needs anything, and I think that’s all I can really say about it.”

As for Ashley and Jared, they are living their best life and fans can’t wait to see their future come to life.